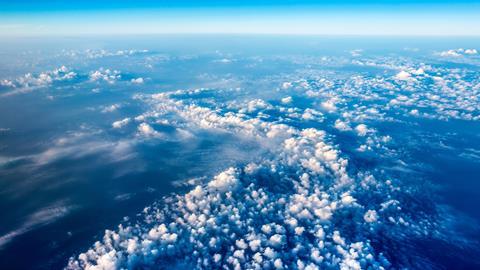 China identified as source of unexpected rise in CFC emissions

At least 40-60% of the increase in emissions of a key ozone-depleting chemical reported last year can be traced back to sources in eastern China, atmospheric chemists have shown.

The observations appear to confirm suspicions that trichlorofluoromethane (CFC-11) is being manufactured in China in contravention of the 1987 Montreal Protocol, the international agreement to phase out CFCs. 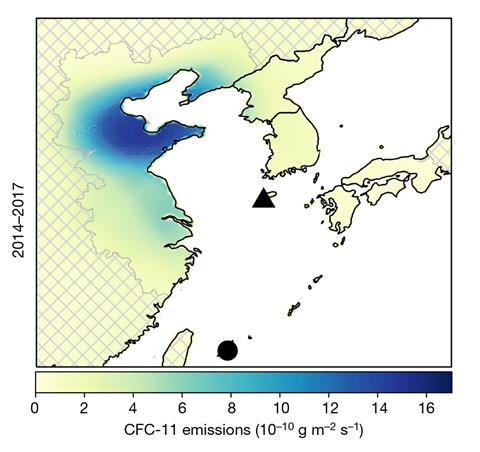 Rising CFC-11 emissions in east Asia between 2014–2017. The source of the chemical was tracked back to western China using monitoring stations and models of the movement of air masses

Although atmospheric levels of CFC-11 have fallen since the protocol was signed, US scientists revealed last year that the rate at which it is declining appears to be slowing down. Concentrations in the atmosphere fell steadily from 2002 to 2012, but the decline from 2012 onwards has been 50% slower than expected, suggesting an increase in emissions. Models of the movement of air masses suggested the source of these emissions was somewhere in east Asia, and a report by an organisation called the Environmental Investigation Agency emerged shortly afterwards that claimed CFC-11 foam was being illegally manufactured in China for use as a blowing agent to make polyurethane insulation.

Now, an international team of researchers has used atmospheric data from several Asian countries, along with models of chemical transport, to calculate that annual CFC-11 emissions from China were 7000 tonnes higher in 2014–2017 than in 2008–2012. They also showed that this increase comes mainly from the north-eastern provinces of Shandong and Hebei, and concluded that they are probably the result of new CFC-11 production.

The work provides further evidence that CFC-11 has been produced in China in the last few years, but doesn’t account for the total estimated increase in emissions. The teams says that further investigation is needed to identify the remaining sources.