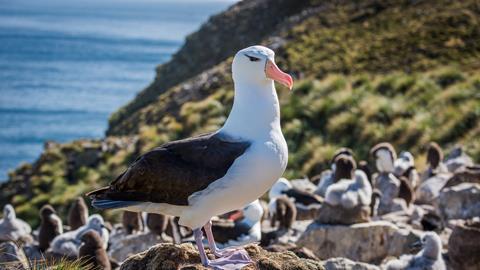 Recent research suggested that marine birds such as albatrosses and petrels are attracted to the smell of dimethyl sulfide (DMS), a compound produced by phytoplankton but also by plastic debris. Matthew Savoca and his colleagues at the University of California, Davis claimed that there was evidence that certain seabirds use DMS as an olfactory cue to identify sources of food, resulting in them eating plastic waste.1 But this finding has now been challenged by another team.2

Gaia Dell’Ariccia of the University of Montpellier and her team claim that the original paper was based on questionable data, the use of which resulted in the misclassification of the DMS-responsiveness of species. According to them, the original authors included three species of bird among the DMS-responders that have been shown not to respond to DMS (Pachptila belcheri, Ardenna tenuirostris and Ardenna grisea). It was also suggested that as Savoca and his team had placed undue focus on the nesting habits of the birds – a lifestyle trait of ‘dubious relevance’ in the context of plastic consumption – there was insufficient ecological insight to definitively link DMS to plastic consumption.

Further, several flaws in the overall method were detected, including the way that the oceans were divided and how the data was pooled over 50 years. The team led by Dell’Ariccia argue that splitting the world’s oceans into nine overlapping regions was likely to ‘severely reduce statistical power’, and the pooled data would ‘obscure biologically meaningful patterns among taxa’.

The solution suggested by the original paper was an ‘increase in the antifouling properties of consumer plastics’. In other words, manufacturing plastics differently. This is entirely unpalatable to Dell’Ariccia. She and her colleagues believe that this conclusion presents a ‘substantial environmental risk’ by delivering the ‘wrong message’ to policymakers – instead of altering the composition of the plastics, the priority should be to cut plastic waste and prevent it ending up in the seas.