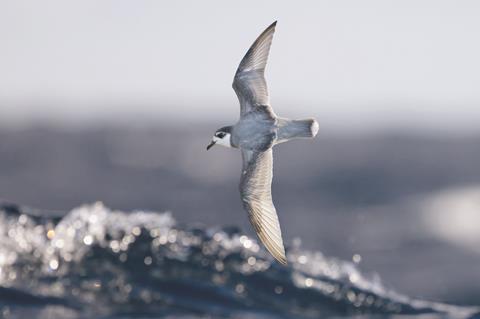 Researchers in the US have shown that plastic marine debris emits a chemical lure for seabirds, which may be the reason they frequently end up eating this kind of waste.

A report published by the United Nations Environment Programme in May 2016 drew attention to the risks posed by microplastic pollutants in the world’s oceans. The report noted one study which suggested that there are more than 5 trillion pieces of plastic currently floating on the sea surface – approximately 63,320 particles for every square kilometre.

Now, a team of scientists from the University of California have found that microplastic debris releases dimethyl sulfide (DMS), which triggers an olfactory response in seabirds searching for food.

DMS is produced by the breakdown of chemicals present in marine plant life and is produced in larger quantities during zooplankton grazing. For this reason, many seabirds have evolved to use DMS as a foraging cue.

The research team showed that microbes accumulate on pieces of microplastic debris within weeks of being at sea. This gives the plastic a DMS signature that lures seabirds. Species of bird that are known to respond to DMS signals were shown to consume plastic five times as frequently as non-DMS-responsive species.