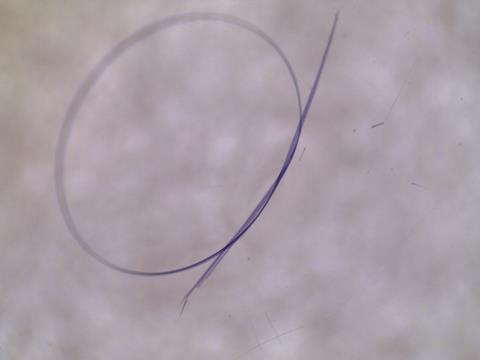 Crystalline materials are usually brittle and flexibility in single crystals is not a renowned property of salts and coordination complexes. Needless to say, this limits their applications to stiff systems whereas electronics and optics that are flexible could open up wearables and many other fields if only chemists could somehow make these compounds bend over backwards. Now, researchers in Australia have spotted a potentially useful trait of a familiar compound – copper(II) acetylacetonate ([Cu(acac)2]). The team has shown that single crystals of this well-known coordination compound can be reversibly tied in knots.

Jack Clegg of the University of Queensland, John McMurtrie of Queensland University of Technology and their colleagues suggest that, based on their mechanical measurements, [Cu(acac)2] is as elastic as soft materials such as nylon. The team used micro-focused synchrotron radiation to help them map changes in the crystal structure of the compound when they bent it. Those measurements point to a mechanism for the process that is described with atomic precision. Specifically, when they put [Cu(acac)2] under strain its component molecules rotate in a reversible manner allowing the whole crystalline structure to reorganise to allow compression and expansion to occur without breaking the integrity of the crystal structure overall.

Crystallinity underpins much of chemistry and much of our understanding of hard matter. This knowledge has allowed the development of countless modern technologies including microelectronics and lasers and will facilitate the development of gas adsorption materials and catalysts. However, crystallinity is often accompanied by fragility – even the tiniest amount of strain on a crystal will usually cause it to fracture. This means that embedding devices based on crystalline materials is limited to strong frameworks that prevent flexing thus precluding the use of crystal systems in wearables or otherwise adaptable coatings, for instance. Polymers and other forms of putatively soft matter, by contrast, generally lack the requisite electronic or optical properties, but are flexible. 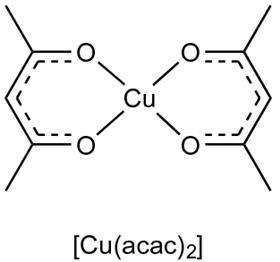 [Cu(acac)2] is a classic coordination compound that has now been revealed to have distinctly non-classical behaviour. The researchers found that they could stretch these crystals by up to 4.4% of their length before the crystals snapped. They determined the elastic modulus to be between 210 and 550MPa and the tensile strength, or point of fracture, to be between 8 and 22MPa, which is only marginally below that of polyethylene at 20 to 45MPa.

‘We have already identified a series of other crystals that display similar flexibility and are in the process of investigating their properties,’ Clegg says. ‘We are also examining the effects that bending crystals has on optical, magnetic and electronic properties of the crystals, as well as just their crystal structure.’

‘This amazing result opens our eyes to properties present, not observed or neglected, in ordinary single crystalline materials,’ suggests Kari Rissanen of the University of Jyväskylä, Finland. ‘This breakthrough highlights the importance of understanding the weak intermolecular interactions which are fundamental to a material’s properties.’