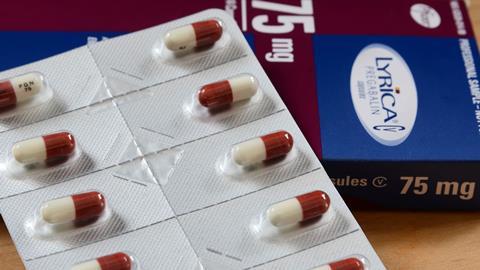 England’s National Health Service (NHS) might be able to reclaim £502 million in drug costs from Pfizer if the pharma giant exhausts all legal avenues to maintain its patent on the pain medication pregabalin. Prescriptions of Pfizer’s branded version of the drug – Lyrica – increased by 25% after doctors were told to use it instead of a cheaper generic, despite the pharma firm being involved in a legal battle over the drug’s patent status.

Pregabalin, a derivative of the epilepsy drug gabapentin, is used to treat seizures, anxiety disorders and neuropathic pain – abnormal pain from everyday stimuli such as touch. Pfizer holds the drug’s second medical use patent. Generic versions can be prescribed for most indications, but a patent on Lyrica meant that only the patented drug could be used for neuropathic pain.

Therefore, in 2015, NHS England asked general practitioners to only prescribe Lyrica for pain indications. This increased its prescription for neuropathic pain from 7000 courses in the six months prior to the release of new guidance for doctors – out of around 2 million prescriptions for the generic – to 600,000 in the six months following. However, a UK court then ruled that Pfizer’s patent was invalid that same year. Pfizer has appealed the decision several times and the case is currently in the supreme court.

A team led by Ben Goldacre, director of the evidence-based medicine datalab at the University of Oxford, UK, has now estimated that the NHS would have spent £500 million less on pregabalin since 2015 if doctors had been allowed to prescribe generics instead of Lyrica – money the health service could reclaim if Pfizer’s latest legal bid falls through.

‘Interestingly, our data shows that doctors largely did not do as NHS England instructed,’ the researchers wrote. Although 70% of pregabalin prescriptions are for treating pain – and should therefore have been Lyrica prescriptions – less than 12% of general practices met this target. Goldacre and colleagues suggest that physicians didn’t see a reason to use a branded drug given that it has no proven benefits over a generic version.