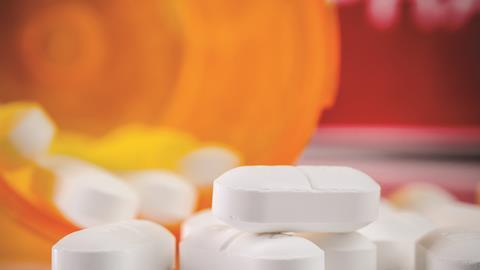 This week, a new voice for the chemistry in its element podcast – Louise Crane – introduces a compound with a lot of uses…

Gabapentin has been described as a ‘wonder drug’ for its ability to treat neuropathic pain, restless leg syndrome, migraine, bipolar disorder, drug and alcohol dependence, attention deficit disorder, premenstrual syndrome, and much more. It is a pharmacologically active amino acid, created as a potential epilepsy drug in 1974 by the pharmaceutical company Parke-Davis, now owned by Warner-Lambert, a division of Pfizer. Although it was first approved as a treatment for partial seizures in 1993, Pfizer pleaded guilty to illegally marketing gabapentin for unapproved uses in 2004 and was heavily fined by the US Department of Justice for defrauding public health care programs. 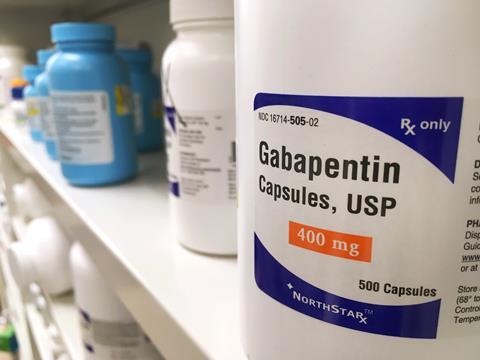 Gabapentin was discovered by Gerhard Satzinger. Based at Parke-Davis’s German labs, he set up the GABA project with aim to create drug molecules targeting the neurotransmitter of the same name. GABA was known to be the target through which benzodiazepines exhibited their anti-epileptic effects, and researchers suspected epileptic patients had a deficiency of the neurotransmitter. But GABA itself cannot cross the blood brain barrier, so can’t be used directly to treat seizures. Satzinger and co-workers solved the problem by synthesising gabapentin, which incorporates GABA into a lipophilic cyclohexane ring than can pass from blood to the brain.

White, crystalline and water soluble, gabapentin has few side effects or drug interactions because it passes through the body unmetabolised, making it an ideal medication. However it would only prove effective in treating seizures when taken with additional anti-convulsants. When this adjunctive use was approved by the US Food and Drug Administration (FDA) in late 1993, Warner-Lambert released gabapentin under the brand name Neurontin, expecting it to make no more than $500,000. But the 2001 sales of Neurontin raked in $1.2 billion.

By the mid-90s it was well known that anti-epileptics also improved neuropathic pain, which does not respond well to traditional painkillers such as the opioids or paracetamol. With its strong safety profile and limited side effects, Neurontin posed little risk to patients willing to try something new. Word of successful tests in single patients spread via pain management journals and conferences, and by 2001, 83% of Neurontin prescriptions were for non-epilepsy conditions.

In the US, doctors are free to prescribe a drug for unapproved, or off-label uses, but a company is not allowed to promote or market a prescription drug for a medical condition without first proving to the FDA that a drug is safe and effective for that condition. In 1996, a former Parke-Davis employee accused them of exactly that and federal prosecutors eventually ruled that Warner-Lambert had defrauded the government by encouraging doctors to write off-label prescriptions for Neurontin and seek Medicaid reimbursement. This stemmed from a comprehensive marketing plan that utilized the education and research sectors, not typically recognized as promotional. In one method, Warner-Lambert paid doctors to attend so-called ‘consultants meetings’ at expensive dinners, or lavish trips to Florida and Hawaii, during which presentations about off-label uses of Neurontin were made. The fine that owners Pfizer paid was the second largest in the US history of health-related cases.

The case did little to stop the march of Neurontin. By 2002 the treatment of neuropathic pain had been approved both in the United States and the UK. Then, in 2004, Pfizer released pregabalin, a version of gabapentin that is absorbed more efficiently across the gut. It is approved in the EU, though not the US, as a treatment for generalized anxiety disorder.

As the gabapentin family’s popularity rose, a more sinister side developed. Both gabapentin and pregabalin can produce feelings of relaxation, calmness and euphoria, particularly in those who have not followed a dosage regime to develop tolerance to the drug. By 2010, pregabalin had been listed as a new recreational psychoactive substance by EU agencies and in 2014, Public Health England and NHS England wrote to prescribers calling for a balanced and rational use of these medicines among fears the pregabalin was being sold on the black market by those in receipt of GP prescriptions.

Despite its beginnings, today, gabapentin’s smallest market is epilepsy and seizures.

Louise Crane with the story of Gabapentin. Next week, Brian Clegg brings us a compound with some colourful chemistry…

This kind of differential behaviour to the distinctive light wavelength mix in sunlight and fluorescent light suggests a flexibility in photon absorption that might raise an interested eyebrow amongst laser designers.

Join Brian to find out more. Until then, get in touch if there’s a compound you’d like to know more about – email chemistryworld@rsc.org or tweet @chemistryworld. Thanks for joining me, I’m Ben Valsler.