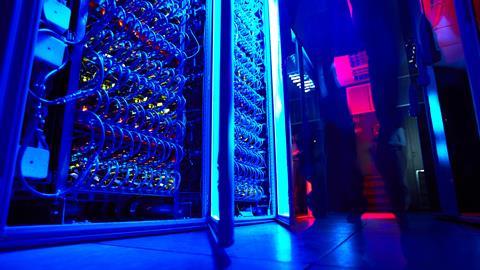 Plans to create new supercomputing infrastructure in Europe have been backed by the EU’s competitiveness council, who say it is crucial for Europe not to ‘lag behind’ other nations on computing power. Supercomputers are used to model complex systems such as climate and biochemical interactions in disease.

The European High Performance Computing (EuroHPC) Joint Undertaking will be established by the European commission in November 2018 and will run until 2026. It will have an initial budget of €1 billion (£890 million), with the bill split 50–50 between the central EU budget and participating member states, of which there are 25 so far. Private partnerships are expected to provide another €400 million.

These funds will be used to set up two new supercomputers in the EU that are ranked among the top five in the world, along with at least two others among the top 25 that will be made available to researchers in academia and industry. One of EuroHPCs priorities will be to support research and establish a thriving European supercomputing ecosystem.

The EU only hosts around 5% of the world’s supercomputers but consumes as much as a third of supercomputing resources. The EU estimates that there is a supercomputer funding gap of €500–750 million per year between it and competitors such as Japan, China and the US.

‘Today, most of our researchers and companies need to go outside of Europe to find the first-class computers they need,’ the commission’s vice-president for the digital single market Andrus Ansip said in a statement, adding that supercomputers are required for a variety of scientific fields including health, security and artificial intelligence. ‘With EuroHPC, we will be able to benefit from innovation at home.’