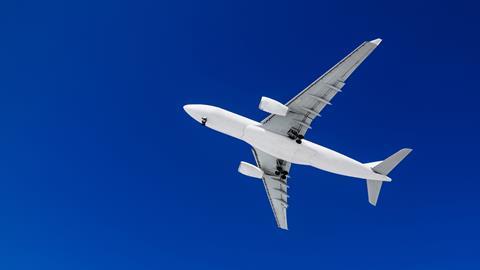 ‘Fly or die’ for success in academia is a myth

A study of researchers at a Canadian university has challenged the perception that regular air travel to conferences and events is crucial for success in academia.

Seth Wynes and colleagues at the University of British Colombia found no relationship between air travel emissions and academic productivity when they compared the air travel carbon footprint of 705 of the university’s academics with metrics such as the h-index, a measure of productivity and citation impact.

Although scientists are likely to have a heightened awareness of the effects of air travel on climate change and carbon dioxide emissions, many struggle to balance the desire to be green with the need to take trips around the world to attend conferences and visit collaborators.

Wynes’ team used data on academics’ travel arrangements from departments across their university to determine carbon dioxide emissions attributable to each passenger. They found that early career researchers were responsible for fewer emissions than more senior academics, and that emissions rose with salary. However, when the link between air travel emissions and research productivity was examined, the team found that there was no significant relationship.

The researchers say this suggests that, contrary to popular belief, air travel has a limited influence on productivity or success, and that it may be possible for researchers to reduce their emissions without harming their career. The team also tested the idea that academics working in sustainability fields would be more conscious of the environmental impacts of air travel, and therefore take steps to limit their emissions. They found that this did not seem to be the case at the University of British Colombia. Comparing a sample of 165 academics showed that emissions, distance travelled and the number of trips taken were all similar between those with ‘green’ and ‘non-green’ areas of study.