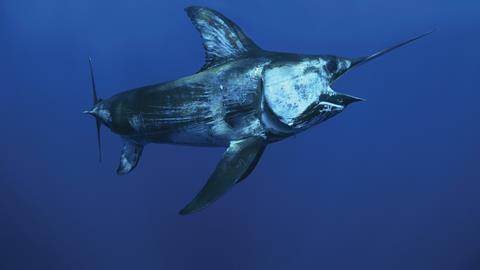 Researchers in Spain have created a portable and easy-to-use detector that can quantify toxic mercury in fish.

Mercury is a strong neurotoxin. In its water soluble forms Hg2+ and MeHg+, mercury can accumulate in the marine food chains and in fish intended for human consumption. In the past, industrial mercury release into oceans has led to cases such as Minamata disease, severe mercury poisoning from eating contaminated fish that caused 1,700 deaths.

‘Environmental contamination by mercury seems to be a matter only for heavy industry and its environment,’ says Tomas Torroba, who was involved in the new research. ‘But the fact is that it is an important question for our everyday life.’ However, reliably detecting mercury usually requires complex instruments and pre-treatment processes, which are difficult to do outside the lab.

Tomás Torroba, José Garcia and their team at the University of Burgos, Spain, have now developed a method for detecting Hg2+ and MeHg+ in fish samples that is both portable and easy to use. They combined a sulfur-containing fluorescent material, which mimics mercury binding sites in cells, with a polymer. When irradiated with UV light, the material emits blue light proportional to the concentration of mercury(II) ions. ‘As this is a portable material, it can be used by non-specialised people, providing a qualitative measure of the presence of mercury by inspection with a UV lamp, and a quantitative measure using a portable fluorometer,’ explains Torroba.

The molecular probe can distinguish between metal ions; only mercury triggers its fluorescent response

The team tested their method on tuna, swordfish, panga, conger eel and dogfish samples bought from a local market. Large predatory fish like swordfish and tuna gave more intense fluorescence than the panga and eel samples, corresponding to higher levels of mercury.

Jia-Ping Lai, an expert in environmental and food analysis at the South China Normal University, thinks that the quick and reliable results using this portable fluorogenic polymeric probe will attract more and more researchers to explore this kind of portable probe’.

Torroba and Garcia now hope to develop even more selective and sensitive probes by combining their material with gold nanoparticles. These particles change their shape and diameter in the presence of mercury and can be monitored by the naked eye.