Greenland shark is longest lived vertebrate in the world 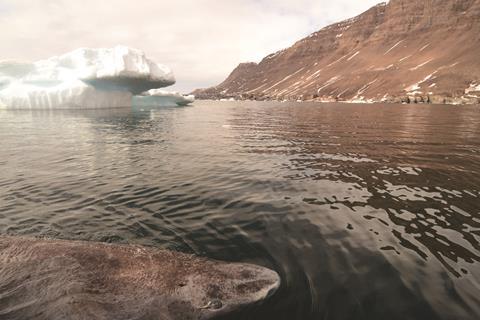 A two metre long female in southwestern Greenland. The animals grow to over 6m in length, weighing around 1 tonne 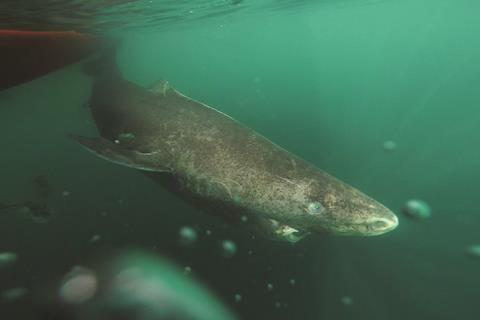 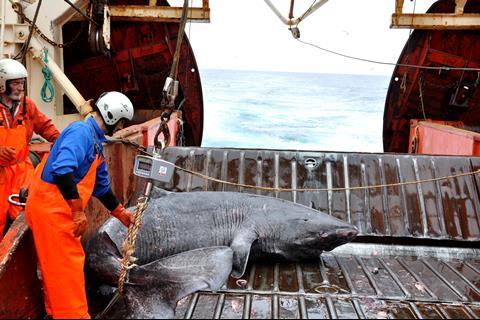 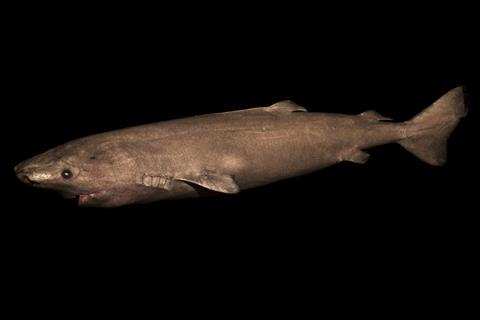 Radiocarbon dating has revealed that the enigmatic Greenland shark’s lifespan is longer than that of any other vertebrate. The shark may live for more than 400 years and it only reaches sexual maturity when it’s well past its 100th birthday. The findings could affect the Greenland shark’s conservation status since slow growth and limited reproduction make them particularly vulnerable to overfishing.

Most shark species typically live for 20 to 30 years but some are known to live beyond 100. However, difficulties obtaining data on the elusive Greenland shark has meant that little is known about it. Scientists had a hunch that they are very long lived because of their slow metabolism and growth rate which lets them dwell in the cold, deep Arctic waters.

‘Given that the Greenland shark is one of the largest carnivores in the world and the king of the food chain in the Arctic ocean, it is almost unbelievable that we don’t know if this shark lives to 20 or to 1000 years. Both lifespans have been suggested,’ says marine biologist Steven Campana at the University of Iceland, Reykjavík, who was not involved in the study.

Since fish and sharks grow throughout life there is a strong correlation between size and age. Usually, growth rings in the form of calcified tissues form on various anatomical structures including scales and bones, which can be counted like tree rings to determine age on long-lived fish. However, Greenland sharks are an exception; they lack calcified tissues.

Now, Julius Nielsen at the University of Copenhagen and colleagues estimated the age of 28 females collected between 2010 and 2013 using radiocarbon dating techniques on the nuclei of their eye lenses. Although the method has been employed on other hard-to-age vertebrate species, this is the first time it’s been used on the Greenland shark.

Vertebrate eye lens nuclei contain proteins that form prenatally and some remain unchanged throughout life as they are metabolically inert. This means that a radioactive carbon-14 signature is locked into the lenses from birth. By comparing carbon-14 measurements with historical isotope data, the team obtained a timestamp of when the proteins formed to allow them to put an age to the sharks.

The largest shark, which was over 5m long, was estimated to be 392 years old. However, many parameters affect the comparison of carbon-14 measurements so estimates come with a large degree of uncertainty. ‘This is radiocarbon dating and it is very different from counting growth layers,’ says Nielsen. In the oldest specimen, this uncertainty means its age could be anywhere from 272 to 512 years. ‘I consider the oldest shark to be at least 272 years old, an estimated age which still makes the Greenland shark the longest living vertebrate animal in the world,’ Nielsen adds.