The complete migration cycle of painted lady butterflies has been mapped by an international team of researchers using the insects’ chemical profiles. The analysis revealed some butterflies migrate thousands of miles between Europe and Africa, sometimes across the Sahara desert, to get to breeding grounds each year. 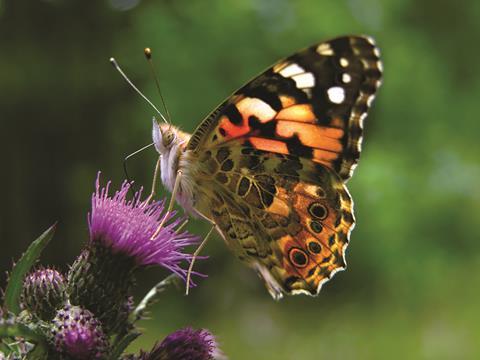 Millions of insects undertake seasonal migrations between Africa and Europe, including the painted ladies (Vanessa cardui). In spring, these butterflies migrate to Europe from the Maghreb region in northern Africa to breed and lay their eggs, whilst in autumn they migrate to breeding grounds south of the Sahara to avoid cold weather and predators.

‘This seasonally predictable pattern applies to the painted lady, but also to several moth species that represent some of the most important agricultural pests in Europe,’ says Constantí Stefanescu, from the Centre for Research on Ecology and Forestry Applications in Spain. ‘To predict the occurrence and the numbers of these insects, it is essential to understand how their migratory system works.’

Stefanescu and his team collected 334 painted ladies from southern Europe, north Africa and Sub-Saharan Africa, between 2009 and 2014. For the first time, for this species, they used stable hydrogen isotopes (δ2H) from the butterflies’ wings to identify their birthplace. ‘The isotopic composition in the butterfly wings correlates very strongly with the pattern of water isotopes from precipitation, where they develop as larvae,’ explains Stefanescu. 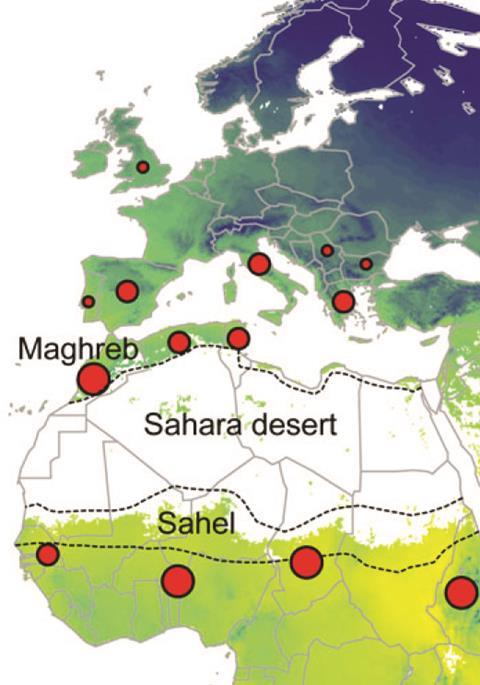 The team found that painted ladies not only travel from Europe to the Maghreb in autumn, but some continue south to Sub-Saharan Africa, travelling 4000km or more. Additionally, the offspring of Sub-Saharan butterflies then migrate northwards up to the Maghreb to meet and breed with the overwintering European population..

‘We’re only starting to understand how this complex migratory system works,’ says Stefanescu. ‘Twenty years ago it was assumed that seasonal journeys of the painted lady into Europe represented a population sink from which there was no return. We now know that the migratory circuit is not only complete, but that it involves a much larger fraction of Africa than we suspected.’

Don Reynolds, an expert in insect migration and movement at the University of Greenwich, UK, thinks that using naturally occurring stable isotopes is an excellent step forward to determining the precise details of the painted lady Europe-Africa migration circuit.

Stefanescu now hopes to develop a model that will predict the abundance of painted ladies in Europe, by combining the enormous data collected for the past two decades through butterfly monitoring schemes. ‘Our aim is to understand how climate and other meteorological factors, such as wind currents, influence the abundance of painted ladies in Europe and, ultimately, extrapolate this information to other insects behaving as agricultural pests,’ he says.