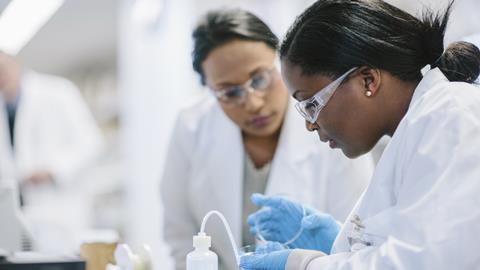 In a surprising twist it’s postdocs, not supervisors, who are responsible for PhDs’ research skills

Conventional wisdom suggests that lab-based PhD students develop their research skills thanks to mentorship from their group leader. Now a new study finds that it’s much more important for students to engage with postdocs and senior graduate students.

Over a four year span David Feldon’s team at Utah State University examined the research skills of 336 PhD students in the biological sciences from 53 US universities. They measured skills annually using writing samples such as draft manuscripts, exams and dissertation proposals. Each sample was scored on skills including establishing testable hypotheses, experimental design and data analysis.

The study found that the students were five times more likely to improve their research skills each year when postdocs were active participants in laboratory discussions. Similarly, they were four times more likely to show overall improvements over the four years. However, who a student’s supervisor was – usually the principal investigator (PI) – or faculty mentorship did not predict year-to-year or overall improvements.

‘As a faculty member and PI myself, I was somewhat surprised,’ Feldon says. ‘I did assume that postdocs and other senior peers would have an effect, but I didn’t think it would be completely exclusive of faculty impact.’

Postdocs mentor doctoral students in many ways, often by just being present in the lab to give hands-on help. ‘Students spend a lot of time in the lab, so the atmosphere and collegiality within it is very important for both overall well-being and learning,’ Feldon explains. ‘Many PIs travel extensively to secure funds and raise the prestige of the lab. This often means that the postdocs are the ones working “elbow-to-elbow” at the bench and are the ones available for ongoing, just-in-time mentoring.’

While Feldon says their findings have substantial implications for doctoral training, he’s unsure whether postdocs should have a more formal mentoring role. ‘We have documented an additional type of value that postdocs contribute, but mandating such a role without addressing the structural inequities that exist – such as relatively low pay – would simply exacerbate the challenges postdocs already face.’

‘I think we assume that coursework and the experience of doing research is what leads to research skill gains,’ says Erin Dolan, a professor of biochemistry and molecular biology at the University of Georgia. ‘What is great about this work is it captures the effects of having more experienced scientists-in-training as part of the graduate education experience. We know that receiving feedback and having realistic role models are critical parts of the learning process. Postdocs and senior graduates are more readily available and closer in career stage than PIs, and thus are well positioned to influence graduate students’ expertise development.’

Graduate programmes should consider how to structure curricula to support development of critical skills, such as writing, Dolan says, as in her experience few explicitly teach writing. She also believes that mentors should have relevant training. ‘A modest investment of time spent in mentoring development can save time that would otherwise be spent solving problems when mentoring goes awry.’

Matthew Hora, assistant professor of adult and higher education at the University of Wisconsin–Madison, says the most important take home message of the study relates to the structure of graduate education in the sciences. Postdocs in a lab tend to be underpaid and too many PhDs take multiple postdocs while waiting for a faculty job. ‘So to me, the study provides evidence that more attention and funding needs to be paid to postdocs as important mentors for the next generation of Stem professionals.’ It also raises the question whether institutions should have permanent professional staff, instead of postdocs, who can run labs, as well as providing important mentoring roles for graduate students. ‘I think that with evidence like this universities need to think about how to better support those staff who are, in fact, playing a more influential role [in skills development].’

However, Hora points out that the study only measured graduate students’ technical writing skills, and not other skills that a student needs to succeed as a scientist, such as bench skills, technical oral communication and problem-solving.