Postdoctoral research can offer extraordinary opportunities. As lab lieutenants, postdocs get the chance to sink their teeth into cutting-edge science, hone their technical skills and gain valuable experience in managing a research team. 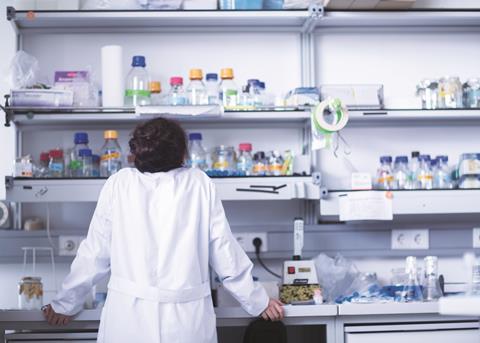 For all too many, though, working life is not quite so rosy.

In April, the US National Academies of Science (NAS) painted a damning picture of the postdoc experience in its report, The next generation of biomedical and behavioral sciences researchers: breaking through. The report shows that postdocs now contend with low pay, poor training and mediocre career prospects, spending years moving from one short-term contract to the next as they wait for scarce faculty jobs to open up.

The report notes that in 1973 more than half of US biomedical researchers secured a tenure-track academic job within six years of completing their PhD. By 2010, that had fallen below 18%. Clearly, there is bound to be some attrition – not all postdocs are suited to academic careers, or indeed want to pursue them. But there is now deepening concern that these increasingly lengthy spells in postdoctoral limbo are deterring talented scientists from the academic careers they aspire to. And for everyone else, the experience is failing to prepare them for life outside academia, while unnecessarily delaying that career transition.

It’s hardly the first time these problems have been raised, and similar issues are found across the sciences, in many other countries. Yet there has been too little progress in tackling the postdoctoral logjam.

This is not only about meeting the needs of a thriving research system. A lack of professional support and uncertain career prospects can have a devastating effect on scientists’ mental health. So after years of handwringing about the plight of postdocs, it’s time for action.

This is not only about meeting the needs of a thriving research system. A lack of professional support and uncertain career prospects can have a devastating effect on scientists’ mental health (see p4). So after years of handwringing about the plight of postdocs, it’s time for action.

The NAS report highlights three key challenges. First, it is taking longer than ever for scientists to establish their own independent research programmes. You can see this in the statistics around the National Institutes of Health’s core research project grant, the R01. Back in 1980, the average age that a researcher received their first R01 was 36 years old; that had risen to 43 years old by 2016.

Second, postdocs spend more time earning low salaries on short-term contracts that are vulnerable to research budget cuts, and often have few opportunities for independent research while they are indentured to a senior researcher.

Third, career guidance for postdocs focuses mainly on academic jobs, even though most of them will end up working outside academia. One of the main reasons for this mismatch is that many supervisors still regard postdocs who move into non-academic careers as having ‘failed’, reinforcing a culture that keeps postdocs on the carousel for far too long. That view is simply wrong: having more people with a rigorous scientific training in positions of influence in business, government and other professions brings huge benefits to society.

Why has so little progress been made in addressing these issues? Reading between the lines of the NAS report, it seems that many of the stakeholders – funders, universities and policymakers – have long seen it as someone else’s problem.

One striking illustration of this disregard is that nobody even knows how many biomedical postdoctoral researchers are currently working in the United States, with estimates ranging from 30,000 to 80,000. Another comes from a survey that found there were more than 30 different job titles for postdocs, with an equally bewildering range of salaries and benefits.

Universities need to straighten out this chaotic situation and gather better data about their postdocs, including their careers outcomes. Without that kind of baseline data, postdocs cannot make informed choices about their options and it will be difficult to assess whether interventions are actually working.

The NAS also calls on the US Congress to create a Biomedical Research Enterprise Council to coordinate and monitor postdoc reform. Setting up another talking shop doesn’t inspire much confidence, particularly if it requires any kind of political consensus. Instead, the proposals with the greatest chance of success are those controlled by funding agencies.

For example, funders could make training and career mentoring a precondition of grants that involve postdocs. I would go further, and say that postdocs’ contracts should explicitly allow them to take a period away from their research, in order to take up career development opportunities such as internships.

One of the NAS report’s more controversial suggestions would limit individual postdocs to just three years of funding via their supervisor’s grants, the aim being to stop postdocs being treated as a long-term source of cheap labour. To mitigate the risk of stalling promising academic careers, the report also recommends creating more grants that are specifically aimed at postdocs.

In May, that idea was backed by a group of science heavyweights, including Bruce Alberts, Shirley Tilghman and Harold Varmus, who argue that US funding agencies should take inspiration from grant schemes run by the European Research Council.1 Some of these grants are only open to researchers who earned their PhDs within the past seven years; others target those who are 7–12 years post-PhD. These divisions mean that applicants compete against their peers, rather than scientists with 20 years more experience and are judged on criteria that will foster young talent with fresh ideas.

There’s no denying that many postdocs receive ample support and guidance, and branch out confidently into a plethora of different jobs. But the numbers show that some are effectively being trapped in low-paid roles that are unlikely to lead to a sustainable career. That looks less like a professional stepping-stone, and more like exploitation.