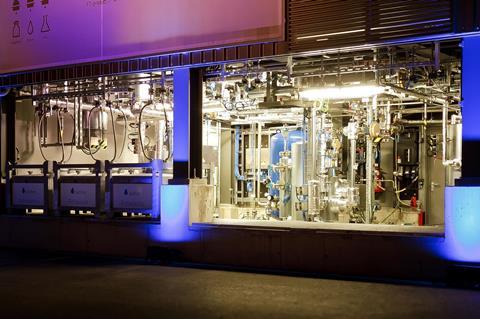 Their vision is that industrial hydrogen producers rely on a wind farm, for instance, selling electricity to the grid when power prices are high, and making hydrogen when they’re not. Such facilities already exist, Reichelstein says, ‘but not yet as mainstream profitable operations’. The economists based their model on current market conditions in Germany and Texas, finding that for small and medium-scale producers the approach is already competitive. The researchers also suggest that within a decade prices will fall far enough to compete with producing hydrogen from fossil fuels at large scale.

Producing hydrogen electrolytically from water has typically been thought of as too expensive, Reichelstein explains. Cheap, clean electricity is changing this, and so he and Glenk applied their modelling expertise to the concept. ‘My personal belief was that we were not there yet,’ Reichelstein says.

The economists considered wind power sources integrated with polymer electrolyte membrane electrolyser power-to-gas facilities. They analyse the costs of energy production capacity and converting electricity to hydrogen. Their model also includes an adjustment factor for fluctuations in renewable power generation and electricity prices. Reichelstein says that the result is a ‘proper life cycle cost model’. ‘An investor would look at the initial capital expenditure and the cash benefits over time and do that cost analysis in a way that yields simple interpretable break-even calculations,’ he says.

This approach quantifies hydrogen production as a solution to wind power intermittency, comments Michael Wang from the Argonne National Laboratory in the US. The study shows that electrolyser and wind turbine costs need to fall further, and their operational capacities are also important, he adds. ‘These key factors need to be realised,’ Wang says.

The findings may have broader implications because it’s also possible to convert hydrogen back into energy when required. Hydrogen can also perhaps displace petrochemical fuels, for example in transportation. Reichelstein says that an analysis of power-to-gas plants’ implications for energy storage potential is ‘in the pipeline’. ‘Hydrogen is likely to play a central role in the process of decarbonising our energy economies,’ he stresses.