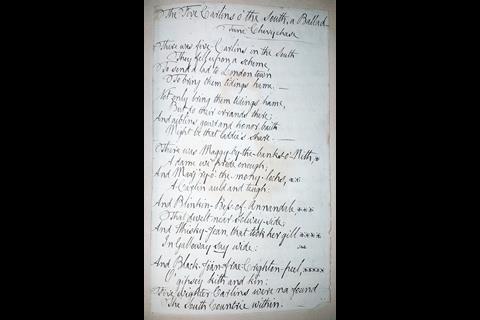 A picture of an original Burns work, ‘The Five Carlins’ 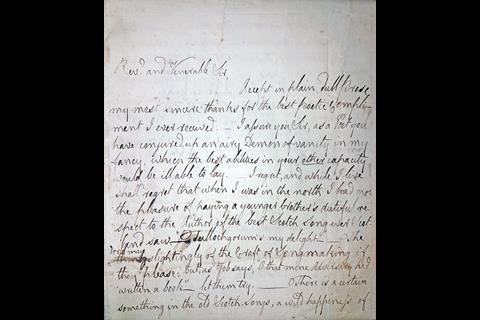 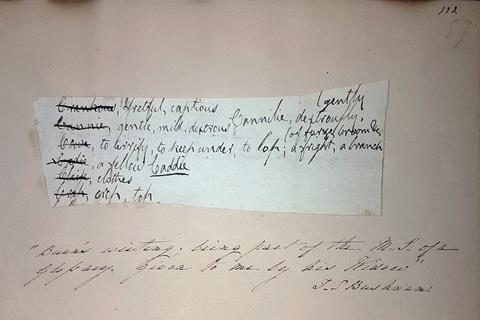 A picture of an original Burns work, a note to himself 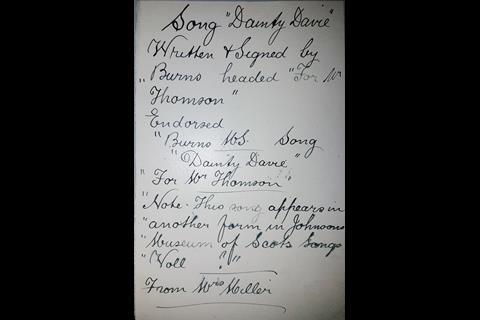 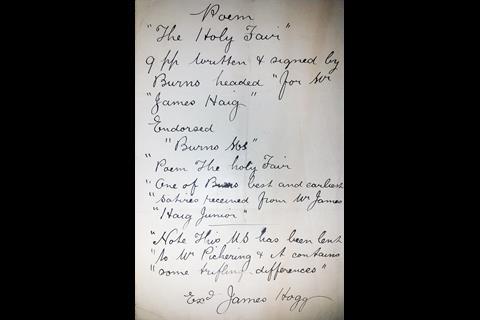 A picture of a forgery of the Holy Fair, made to look like it came from the collection of James Hogg, a Scottish Poet from the early 19th century

Scientists have used a combination of mass spectrometry and machine learning to authenticate writing by Scotland’s national poet Robert Burns without damaging the 200-year-old manuscripts.

The 18th century romanticist and lyricist composed hundreds of poems and folk songs. After his death in 1796, his works became a part of Scotland’s cultural heritage and Burns an icon. His birthday is still celebrated today each 25 January – Burns Night – with a traditional Scottish dinner and recitation of Burns’ poetry, including Address to a Haggis.

However, Burns’ fame also meant that his work became valuable and forgeries were produced to take advantage of buyers. In the 1880s, Alexander Smith became of the most prolific producers of fake Burns documents, many of which passed as genuine at the time.

Although authenticating historic works of art still relies mostly on expert knowledge, there are scientific ways to authenticate paintings. However, these rely on analysing certain metals or specific coloured compounds and don’t work on black ink, which is often made from bone char or iron mixed with tannic acid.

A team from the University of Glasgow, UK, has for the first time used high resolution mass spectrometry to analyse historic ink mixtures and paper. They took samples from three authentic Burns documents and seven of Smith’s fakes and fed the analytics data into a machine learning algorithm that created an authenticity map for the ink and paper mixtures. These chemical fingerprints will now allow researchers to catch fakes whenever new documents are found.

The researchers’ use of mass spectrometry only requires tiny samples for testing. This technique doesn’t do any visible damage and can be done at the site where the item is stored. The researchers think that their non-destructive fingerprinting could help authenticate many other precious historic manuscripts.