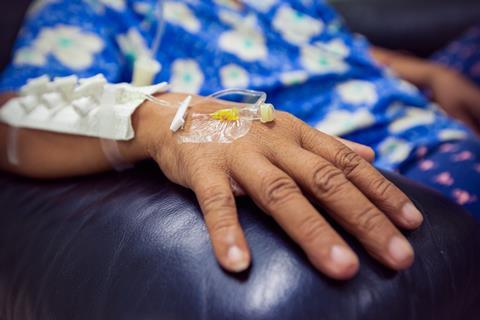 US researchers have identified a treatment for the changes in taste and smell experienced by cancer patients receiving chemotherapy. It involves a glycoprotein called lactoferrin, which is present in milk, saliva and tears, but already available as a nutritional supplement.

Cancer patients receiving chemotherapy often say they experience changes in their sense of taste and smell, with food having a metallic taste. This can last from hours to even months after chemotherapy treatments and can lead to loss of appetite, depression and weight loss. ‘Not only does it impact quality of life, but that can also have a negative influence on eating behaviour, nutritional status and thereby potentially [speed of] recovery,’ comments Sanne Boesveldt who was not involved in the work but heads a group focussed on chemosensory signals for human eating behaviour at Wageningen University and Research in the Netherlands.

Some research suggests the sensory changes are a result of chemotherapy patients having elevated levels of unbound and reactive forms of iron in their saliva. Aili Wang at Virginia Tech and colleagues were studying lactoferrin as it has a number of different biological functions, including acting as a metal chelator. They asked a group of patients and healthy people to take a course of lactoferrin tablets over 30 days and to fill in a taste and smell questionnaire after each course. During this time, the researchers also collected the patients’ saliva and analysed it using two-dimensional electrophoresis to create a salivary protein profile.

‘Saliva contains a wide variety of proteins that have particular biologic functions for oral health, which may be directly related with the production of taste and smell abnormalities. In addition, human saliva is an attractive early detection biofluid, since it contains a large array of immune salivary proteins that are informative of the host defence system’ says Wang. ‘Few studies have investigated the relationship between salivary protein composition and taste perception. Therefore, we chose to initially investigate salivary proteins changes.’

Wang’s team found cancer patients’ saliva contained significantly reduced levels of some proteins that play a role in immunity and taste, including α-amylase, Zn-α-2-glycoprotein and prolactin-inducible protein. The course of lactoferrin boosted these levels and at the same time decreased the salivary iron content.

‘The mechanism underlying these alterations is at present not clear, which is why this study is an important first step and takes an interesting approach by supplementing with lactoferrin,’ comments Boesveldt. However, she stresses that it is early days, and more work is needed to support their findings.

Wang acknowledges that while these results show promise, this has only been a small study, so the next steps are to perform a clinical trial with more participants and patients suffering from different cancers.