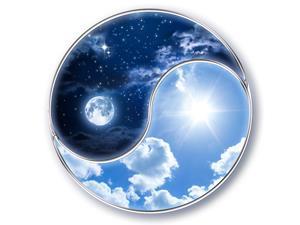 Scientists may have found the key mechanisms that govern the cyanobacterial circadian clock, whose astonishing slowness has baffled investigators for decades. Through the study of clock proteins, two independent research teams have for the first time found that the mechanism that controls an organism’s night and day cycle boils down to changes on the atomic scale. The simplicity of this clock’s inner workings means that circadian clocks of more complex organisms may work in similar ways.

Circadian clocks are the driving force behind circadian rhythms, processes which regulate the biological activity of an organism according to a 24-hour cycle. Ubiquitous in biology, these clocks have been observed in most organisms from fungi to humans. One of the simplest clocks is found in cyanobacteria, making it an excellent model to unpick its workings. So far, however, the molecular mechanism has been elusive.

Cyanobacteria’s circadian clock requires just three proteins: KaiA, KaiB and KaiC. The system runs on ATP, biology’s energy currency, and works as an oscillator with a 24-hour frequency. At its heart is the phosphorylation of KaiC, promoted by KaiA during the day and inhibited by KaiB during the night. In terms of proteins this cycle is incredibly slow, and it is precisely this slowness that has given so many scientists headaches: how can proteins in such fast and dynamic environments generate such a slow oscillation?

‘This study provides the first atomic-level demonstration that small protein molecules can generate 24-hour rhythms by regulating molecular structure and reactivity,’ explains Shuji Akiyama, who heads a Japanese group investigating circadian clocks. They identified ATP hydrolysis on KaiC as a reaction slow enough to be responsible for the slow oscillation frequency and used high resolution crystallography to investigate the structures involved both before and after hydrolysis.1 They discovered that the slowness originates from two particularly time-consuming aspects of the chemistry: the water molecule required for hydrolysis is almost out of reach and the polypeptide undergoes a slow conformational change during the hydrolysis.

But this could just be half the story. Parallel to this study, a US team has found that one of the other clock proteins, KaiB, switches reversibly between two protein folds in a rare phenomenon known as metamorphism. To initiate the transition from day to night activity, KaiB switches to an unstable, active fold in order to complex to KaiC, and as the switch is slow, it provides a time delay which lowers the oscillation frequency.2 ‘The clock does not work when KaiB can bind fast to KaiC,’ says Andy LiWang, main author of the paper. ‘The strategy that the cyanobacteria have evolved is to make the probability of KaiB making a transition from the inactive to active fold rare.’ Remarkably, because the active fold is unstable and so is not found when KaiB is isolated, it had gone unnoticed for 10 years since KaiB’s (inactive) crystal structure was solved.

The relationship between the two mechanisms remains to be discovered, but LiWang is hopeful: ‘I really believe that we can figure out from top to bottom, at atomic resolution, what is going on with this thing’.

Andrew Millar of the University of Edinburgh, UK, who was not involved with the studies, is interested to see how the findings might tie in with circadian clocks found in other organisms. ‘The slow, daily cycle of biological clocks has been a longstanding mystery. It will be fascinating to learn whether [eukaryotes] also have such unusual dynamics, either in their activity or in their accessory proteins,’ he says.

The issue of other, similar mechanisms in higher organisms is a major question, especially for Akiyama’s group. ‘[We are] trying to find the counterpart in more complex organisms,’ Akiyama says. ‘The fact that a water molecule, ATP, the polypeptide chain, and other universal biological components are involved in this regulation suggests that humans and other complex organisms may also share similar molecular machinery.’