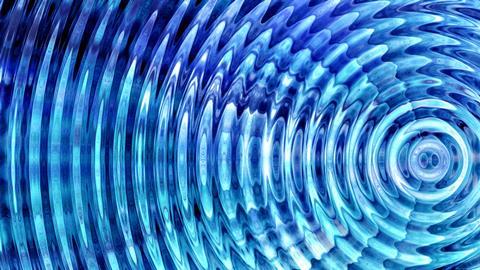 Molecules’ vibrations felt as they linger on far longer than thought

Solid surfaces are common sites of molecular reaction: gas molecules congregate there and react, for example on many solid catalysts. But a new study claims that such reactions might be influenced more by the vibrational state of the incoming molecules than was thought.

When a molecule sticks to a surface, previous studies have suggested that its vibrational energy will very quickly equilibrate: if it has excess energy, that will be dissipated into the surface within a few picoseconds (10-12s). But Alec Wodtke of the University of Göttingen in Germany and his co-workers report that vibrationally excited carbon monoxide molecules adsorbed on a gold surface will retain that excitation for a surprisingly long time – up to hundreds of picoseconds.1

Quite aside from challenging the theoretical understanding of energy transfer in molecular adsorption, the results suggest that it might be possible to use selective vibrational excitation to guide the course of surface chemistry. That has already been demonstrated for some reactions,2-4 but the longer lifetimes make it look more feasible in general.

Wodtke and colleagues studied the process using molecular beams of carbon monoxide excited into a particular vibrational state – the ν=2 state, on the second rung of the quantised vibrational energy ladder – using an infrared laser. They fired this beam onto a gold surface, and measured the number of carbon monoxide molecules scattered off the surface as a function of the time it took them to reach the detector. Most of the detected molecules appeared very quickly, having simply ‘bounced’ off the surface. But there was a ‘long tail’ to this distribution, with some molecules arriving much later after having been stuck to the surface for up to hundreds of picoseconds.

Wodtke and colleagues could tune the detector to register carbon monoxide molecules with the vibrational states ν=1 and ν=2. They saw both in the long tail, indicating that these molecules had retained vibrational energy despite the long periods of attachment to the surface.

In contrast, measurements of the translational or motion through space and rotational states of the scattered molecules showed that these had equilibrated with the surface. Yet somehow the vibrations had remained largely immune – even though previous calculations of carbon monoxide adsorbed on gold have predicted that vibrational relaxation or equilibration should happen in less than 5ps.5,6

The researchers think that the discrepancy arises because those calculations wrongly concluded that the carbon monoxide molecules are chemically attached or chemisorbed, whereas in fact they are just held by van der Waals forces – physisorbed. In the latter case, they say, there is rather little overlap of electronic orbitals between the adsorbed molecules and the gold surface, which would provide a channel for exchange of vibrational energy.

This, says Fleming Crim of the University of Wisconsin, US, ‘is a simple and elegant proposal: different relaxation mechanisms for chemisorbed and physisorbed molecules, for reasons one can understand’. Crim adds that the evidence for these long vibrational lifetimes is ‘very strong’. It is all indirect, he says, ‘but short of a direct measurement of lifetime it could not be stronger’.

‘Since there are lots of examples of physisorbed molecules in surface chemistry, I believe our observations could be relevant to many other systems,’ says Wodtke. ‘It could be that vibrationally promoting surface chemistry can therefore be done much more easily than had been previously thought.’ Crim agrees and notes ‘a 100ps lifetime certainly increases the chances compared to a 5ps lifetime’.

However, Geert-Jan Kroes of Leiden University in the Netherlands is not convinced that the results support such slow vibrational relaxation. He suspects that the researchers have overlooked the way that the contribution of molecules trapped on and then desorbed from the surface to the scattered signal for the ν=1 state depends on the surface temperature. He says that an analysis taking this into account suggests that in fact the lifetimes of the surface-bound vibrationally excited states may be more like the expected few ps. ‘The experiments are state-of-the-art, but I think that the interpretation may well be wrong,’ he says.