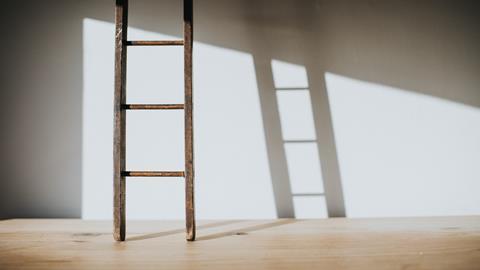 With just 10% of science, technology, engineering and maths (Stem) faculty at US universities coming from under-represented backgrounds, the Association of Public and Land-Grant Universities (APLU) is sounding the alarm. The organisation says that too many members of minority groups are leaving science at pivotal stages along the road to becoming a professor.

Although many universities have robust programmes to support minority students during their undergraduate and graduate careers, the report concludes that such support often diminishes at the postdoctoral and early career stages. It makes several recommendations, including that higher education leaders should develop more rigorous programmes to strengthen later parts of the pathway, focusing in particular on the transition from graduate student to faculty or postdoc roles, as well as early career support for faculty.

The APLU further calls on policymakers to support efforts to capture and track student data to better understand the progress of individuals through the ‘Stem ecosystem’. It also urges higher education leaders to ‘shift their thinking’ from a ‘competition mindset’ when it comes to recruiting and retaining students and faculty to one that considers how their efforts might broaden the Stem ecosystem by aligning activities with other institutions.

Accompanying the report is a guidebook for universities to assess their Stem faculty diversity. The resource includes a questionnaire that asks, for example, whether or not these institutions are engaging in specific activities or if there are resources available related to increasing diversity and inclusion. In addition, the guidebook features a data collection template that allows institutions to better gauge their current situation by requesting and organising five years of enrolment, hiring, advancement and retention data.

‘While many institutions have good intentions and have articulated a commitment to improving the representation of faculty from under-represented and under-served communities in Stem departments and campus-wide, commitments to diversity and the implementation of programming have not translated to meaningful demographic changes in the Stem professoriate nationally,’ the guidebook states. It notes, for instance, that although women have made up an increasing proportion of science and engineering PhDs in the US in recent decades – representing over 40% of all degree recipients – they continue to hold less than 30% of all Stem faculty positions and are particularly under-represented among full-time faculty and full professors.

When it comes to racial and ethnic diversity at US universities, the guidebook says there have been gains in graduate degrees, but that relatively few black, Latinx and Native American scientists become professors. The guidebook cites data from the US National Science Foundation that over 70% of science and engineering professors were white in 2015, almost 20% were Asian, Native Hawaiian, or Pacific Islanders, 4.8% were Latinx, 3.5% were black, and less than 1% were Native American.