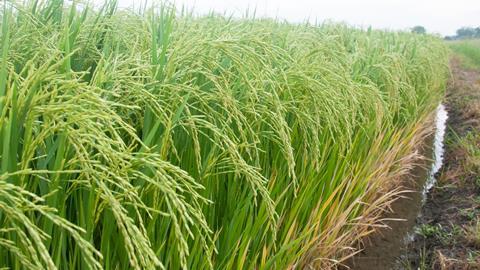 Nanofertilisers have huge potential but studies suffer from severe shortcomings

Although small, nanosized fertilisers and pesticides pack a punch that might make them as much as 30% more effective than conventional crop chemicals. This is according to an analysis of 78 studies that examined nanofertilisers’ benefits. But it also revealed that characterisation of these nanosized agrochemicals is often poor, with experiments that pay little attention to their use in the real world.

Compared with conventional agrochemicals, fertilisers and pesticides with an active nanoparticle ingredient or in nanosized carriers have been claimed to be more effective. The finely dispersed compounds could solve solubility and bioavailability problems that plague regular crop chemicals – up to 70% of nitrogen from conventional fertilisers does not reach the plants and instead ends up in rivers and lakes, where it causes harmful algae blooms.

However, researchers analysing 78 peer reviewed publications have uncovered that studies on the benefits of nanoagrochemicals often have severe shortcomings. Few studies fully characterise the size and shape of their nanomaterials. Experiments also frequently fail to compare the nanoparticle formulations to both commercial versions of the same compound and the active ingredient on its own. Moreover, most studies are done in laboratories – an environment far removed from the field. This also means there have been few studies assessing the nanomaterials’ fate and environmental impact.

Nevertheless, there seem to be some benefits to using nanomaterials in farming: nanopesticides are 20% more effective and nanofertilisers can boost crop production by up to 30% compared with conventional analogues. But to really establish nanomaterials’ advantages, more and higher quality data is needed on materials characterisation, comprehensive comparisons with non-nano formulations and field studies, the analysis concludes.