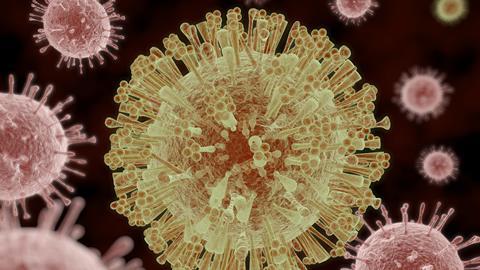 An engineered peptide has emerged as a viable drug candidate to treat Zika and other mosquito-borne viruses as it’s the first therapy of its kind that is able to enter the brain to fight infection.

Disrupting the lipid envelope of Zika virus particles has previously been shown to halt infection by reducing viral load and spread – but only in in vitro experiments. The breakthrough in vivo has come about thanks to a novel antiviral engineering strategy that uses D-amino acids. 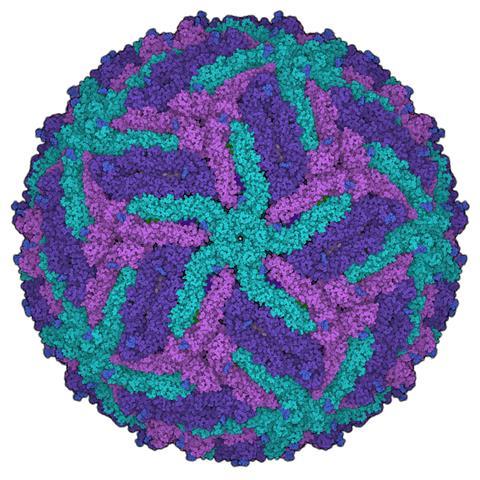 Researchers from Singapore, Brazil and Belgium engineered an α-helical peptide from a D-enantiomer amino acid called AH-D that targets the highly curved membrane of small enveloped viruses such as Zika. The peptide can cross the blood–brain barrier to reach the brain, something that is notoriously difficult to do. This is a critical feature as the virus can cause neurodegeneration and brain damage.

‘We realised that in this specialised engineered form, in a few cases the peptides can actually cross the central nervous system in a very efficient way,’ says Nam-Joon Cho of Nanyang Technological University, Singapore, who led the work. ‘I believe it happened to be this peptide’s conformation that allowed it to do this and most importantly attack the virus in the brain.’

Cho’s team thinks the specific surface topology of AH-D allowed it to interact with the lipid membrane of virus particles, while the peptide’s amphipathicity allowed it to cross the blood–brain barrier. Why some amphipathic peptides can cross this barrier while others can’t is still unknown, says Cho.

AH-D was highly effective at tackling the virus: not only could it rupture the virus’ lipid envelope much quicker than the L-isomer equivalent, it also worked against other neurotropic viruses in vitro such as Dengue and Chikungunya which have a similar structure to Zika. The peptide showed just as much promise in Zika virus-infected mice, reducing viral load and inflammation in the brain and protecting against death.

Avindra Nath, a physician at the National Institute of Neurological Disorders and Stroke in the US, is impressed. ‘Both their in vitro and mouse model data looks very encouraging,’ he says. He adds that it’s ‘surprising’ such a large 27 amino acid peptide can cross the blood–brain barrier but its size means ‘immune responses could be developed against it which would then negate its effects’.

As to why this technique hasn’t been used in the past, Cho puts it down to their unconventional yet powerful approach to characterising AH-D’s potency. ‘We used a unique type of assay where we can simultaneously monitor the interaction of the drug candidate with up to 1000 model virus particles with single-particle analysis,’ he explains. ‘I’m hoping that the antiviral attributes will mean the mechanism is more widely adopted as it demonstrates a new way to approach the problem.’