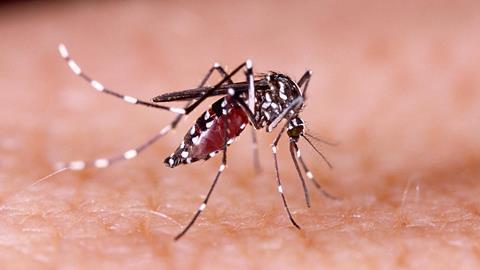 How we are fighting tropical diseases

Repellents and vaccines are useful but still need further improvement

The recent Zika and Ebola epidemics have drawn attention to the global threat presented by infectious diseases. There is a strong relationship between global health issues, where such infections can spread across international borders, and in preparing travellers entering environments where such diseases may be endemic.

Is there a difference between travel medicine and local programmes?

In many cases, the strategies we use to protect those visiting overseas are the same that are used to protect local populations and are focused largely on prevention. This is particularly true of the strategies employed to protect against biting insects, especially mosquitoes, which spread major diseases such as malaria (responsible for 429,000 deaths in 2015 according to the World Health Organization) and dengue (of which there are an estimated 96 million clinical cases annually).

However, the two needs – that of the traveller and the local – are not always met in the same way. For example, any vaccination programme for a traveller would aim to give each individual a high level of personal protection; for a local programme, the aim may be to confer a level of herd immunity or achieve a modest reduction in incidence. And, regardless of the approach, there are currently still gaps in the provision of protective methods.

What is the best way to prevent diseases spread by insects?

The most important preventative strategy is bite avoidance. Typically, this involves covering up exposed skin, sleeping under bed nets, treating surface water to destroy breeding grounds and the use of insecticides or repellent. 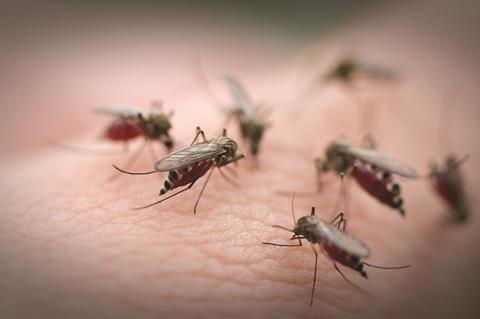 N,N-diethyl-meta-toluamide (Deet) is an insect repellent that has been in use since the 1950s and remains the gold standard. In fact, there are only two other widely used synthetic repellents that have a reasonable evidence base: 2-(2-hydroxyethyl)-piperidinecarboxylic acid 1-methyl ester (icaridin) and ethyl butylacetylaminopropionate (IR3535). Another effective repellent is p-methane 3, 8-diol (PMD), which was derived from the lemon eucalyptus plant and produced synthetically. These are all marketed in a vast range of active ingredient strengths and formulations, including those that have an extended time actions. Insecticides for treating nets and clothing still rely largely on pyrethroids.

Efficacy is commonly, though not exclusively, expressed in terms of the time taken before mosquitoes to bite or land on an individual. That time is dependent upon many variables, including the environment and the individual – meaning that identifying the ‘best’ repellent is not easy. Testing procedures are also very poorly standardised, so it is difficult to compare the findings of one study with another.

There is certainly a need to have a greater range of effective repellents available – as well as novel formulations that give a longer and more consistent full protection under a range of conditions. To date, research has focused on identifying those agents produced in the human body that attract mosquitoes and blocking them. There have been no new repellents on the market since the early 2000s.

There have been some reports of a reduction of efficacy in treated bed nets in Africa. However, resistance is not the primary reason in this case – it’s due to a change in mosquito feeding habits. The African anopheles mosquito has been predominantly an indoor night time feeder (ie passing the malaria parasite to humans as they go to sleep), but the widespread use of bed nets has caused it to feed earlier in the evening and out of doors. This means the use of effective repellents is an important preventative measure. Indeed, mosquitoes in South America have always tended to feed more in this way, and at least one study has shown a reduction in malaria incidence when repellents are used by the local population. The Aedes mosquito (which is responsible for Zika and dengue) also tends to feed in the daylight hours, highlighting a need for new repellents that are affordable and acceptable to local populations.

What progress has been made in developing vaccines?

We now have a range of vaccines for many tropical diseases. In addition to standard childhood vaccination schemes (such as for measles, mumps and rubella), we have effective vaccines for hepatitis A and B, meningococcal meningitis A, C and WY, and yellow fever. Many of these now provide long, if not lifetime, protection after primary immunisations. For example, the conjugated hepatitis A vaccine is effective for 25 years or longer. 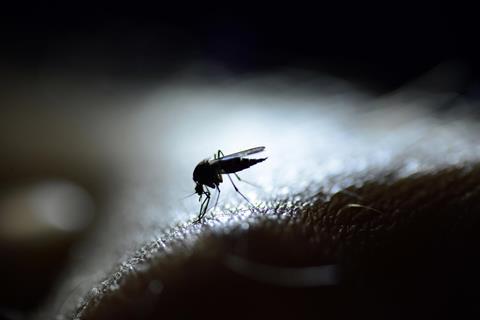 Our knowledge has also improved. The live attenuated vaccine for yellow fever was previously thought to require a booster every 10 years, but is now known to confer lifetime protection. Similarly, recent work has demonstrated a possible lifetime protection after primary courses of modern rabies vaccine, though post-exposure vaccination is still always essential.

Meningitis vaccines have seen recent vast improvements. Conjugated vaccines are now more widely used than the polysaccharide forms, as they are more effective in children and longer-lasting.

Emerging diseases, such as Zika, require the development of an effective vaccine, and an effective vaccine for the Ebola virus is needed in preparation for further outbreaks. Improved vaccines against dengue fever and chikungunya are also required: although a dengue vaccine offering some limited protection has been developed and undergone clinical trials, it is only licensed in a few regions.

However, currently the greatest need for an effective vaccine against childhood diarrhoeal illness, which continues to claim many thousands of lives globally. Such a vaccine would also be of use to travellers, as diarrhoeal illness is the most likely of conditions to be experienced to many destinations.

We also need improve the efficacy of vaccines used to prevent cholera and typhoid, which still occur in regions where public health infrastructure breaks down (eg due to disaster or war). The typhoid vaccine has a low efficacy of around 70%, is not effective against paratyphoid and needs a booster every three years; the cholera vaccine also has a relatively low efficacy and needs boosters after two years in adults and just six months in those under five years of age.