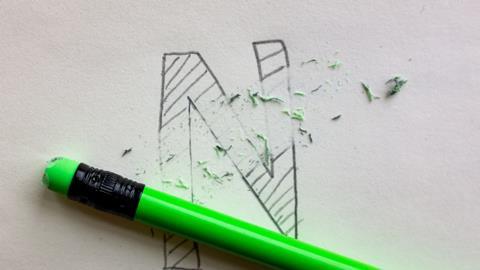 US researchers have developed a chemical reaction that deletes nitrogen atoms in organic molecules, including in ring structures, connecting the carbon atoms on either side.1 In the first ever publication from Mark Levin’s University of Chicago laboratory, the chemists trigger the deletion with the help of an unusual electrophilic amide. The reaction offers ‘a new way to think about molecular editing’, says Levin.

An example of the nitrogen deletion reaction in a polycyclic compound

Single element atom-swapping was on the wish list of five reactions that organic chemists told Chemistry World they wanted in 2019. Levin founded his lab specifically to attempt single-atom skeletal editing, but nitrogen deletion wasn’t his initial focus. However, while seeking something completely different, he came across two-decade old research on electrophilic amides by Stephen Glover from the University of New England in Armidale, Australia.2 These molecules had two oxygen atoms attached to their amide nitrogen. Glover called them anomeric amides, with reference to anomeric carbon centres in carbohydrates, which also have two oxygen substituents.

Levin recognised that an anomeric amide reaction with a secondary amine appeared to go via an isodiazene intermediate. These intermediates can react so that two carbon atoms separated by a nitrogen atom can directly bond to each other, eliminating dinitrogen gas in the process. ‘I recognised the opportunity and set about trying to accomplish a nitrogen deletion,’ Levin says.

The Chicago team developed an anomeric amide reagent that enables nitrogen deletion when heated with a wide range of secondary amines. The chemists’ studies suggest that the carbon atoms adjacent to the nitrogen form radicals, which quickly react with each other without leaving the cage of solvent molecules they inhabit. As such the secondary amine needs at least one radical-stabilising substituent like a benzylic group, otherwise other reactions dominate.

Levin highlights his favourite example as the deletion of a secondary amine nitrogen from the cancer drug lapatinib. ‘Imagine you were on the medicinal chemistry team doing the original optimisation work and you wanted to prepare that derivative,’ he says. ‘Without our method you’d have to start your synthesis all over to install that other side-chain. That could be a real headache.’

Richmond Sarpong, who is also working on molecule skeleton editing at the University of California, Berkeley, US, calls the approach ‘beautiful and powerful in its simplicity’. Levin and his team show how anomeric amides can be used ‘in an unusual, yet practical way to achieve a nitrogen deletion’, he adds. ‘It is the type of method that one can easily plug in into the design of a synthesis, much like olefin metathesis or click chemistry,’ Sarpong says. ‘For this reason, it will find wide use in synthesis.’

Levin’s team is working with chemistry supply giant Sigma-Aldrich to scale up the reagent synthesis and make it broadly available. ‘We’re hopeful that the reagent will be commercially available soon,’ says Levin. ‘In the meantime, I’m happy to send free samples. The synthesis is quite straightforward, with only two isolations and no chromatography.’