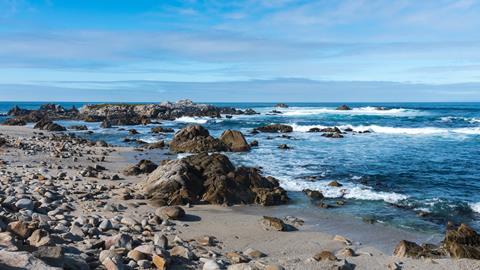 In 2015, a toxic algal bloom off the west coast of the US caused widespread harm to marine wildlife and millions of dollars worth of losses to local fishing industries, eventually prompting the Governor of California to call for a federal declaration of disaster.

Now, researchers working with the US government’s National Oceanic and Atmospheric Administration have discovered that the unusual size and potency of the Monterey Bay bloom was caused by a combination of strong ocean currents and changing marine chemistry.

The team, led by John Ryan of the Monterey Bay Aquarium Research Institute, monitored the growth of the bloom using autonomous environmental sample processors. ‘Basically it’s a laboratory in a can,’ explains Ryan. ‘You put it in the ocean and autonomously it samples water, it filters out the particles, splits open the cells, and uses DNA probes to identify “who’s there?” It can also identify the toxin that’s out there.’

Using these technologies and more traditional techniques, like sampling from a ship, the team gained a clear view of how the bloom of single-celled diatoms developed. But what was harder to understand was what led them to build up such high concentrations of domoic acid – the powerful neurotoxin responsible for the bloom’s deadly consequences.

By analysing records of nutrient concentrations in Monterey Bay over a period of 24 years, the team noticed that at the time of the bloom the relative abundance of silicates to nitrates was unusually low. Silica is used by the diatoms to build frustules – the cases in which the cells live – and so is critical for cell growth and cell division. The cells use nitrates for a number of purposes, including the production of domoic acid. According to Ryan’s team, the imbalance of these two nutrients is what caused the algae to produce such high concentrations of toxin.

‘When this massive bloom occurred with this disproportionate depletion of silicate in the background, [the diatoms] used up the silicate before they used up the nitrate – that causes a number of consequences,’ explains Ryan. ‘They still have a nitrogen source available to build the nitrogen rich molecule domoic acid – so they can keep producing toxin. However, running out of silicate, the cell division rate slows down, and when that happens there’s no longer a natural dilution effect that’s caused by cell division.’

The finding that silicate depletion slowed cell division and led to an increase in the amount of toxin per cell substantiates previous laboratory studies, according to Michele Burford, an expert on algal ecology based at Griffith University, Australia. ‘This study highlights that climatic conditions which cause changes to upwelling patterns can have substantial effects on both the magnitude of blooms and the toxicity of blooms of this species, with flow-on effects to the whole ecosystem,’ she says.