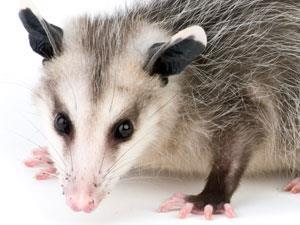 A blood peptide from opossums may provide a cheap, effective antidote for snake bite victims

An antidote based on a protein found in the blood of opossums could offer an effective low-cost treatment for snake bites, researchers in the US have found.

Venomous snake bites are a serious global problem, especially in developing countries. Recent estimates suggest that about 421,000 incidents occur each year worldwide, causing 20,000 deaths. However, the World Health Organization notes that these figures may be as high as 1.8 million incidents and 94,000 deaths.

But treatments are costly and inaccessible for many people. Most antivenoms are made by injecting dilute venom into a mammal, such as a horse or rabbit. This results in an immune response, and the animal’s serum is then processed so that it can be injected into snakebite victims to scavenge toxic molecules in their blood. Such treatments typically cost $100-150 (£60-100) per dose, a prohibitive price for many people in developing countries.

But a team led by Claire Komives from San Jose State University has identified a protein from the blood of opossums – animals known for their ability to survive snake bites – that can be produced in large quantities by engineered bacteria, and shows promise as an antivenom.

In studies carried out on venom-exposed mice, those that were given just the venom died within 12 hours, while those that received the same amount of venom but were treated with the opossum peptide exhibited no ill effects. ‘Basically, the venom was completely neutralised,’ explains Komives, who was speaking at the 249th ACS National Meeting & Exposition in Denver, US. The peptide could protect the mice from the venoms of western diamondback rattlesnakes and Russell’s vipers.

The peptide’s exact mechanism of action against the venom remains unclear. Because most snake venoms contain more than one toxic compound, it seems unlikely that the peptide could offer immunity by binding to a single target. But it did appear to provide full protection in the mice. ‘I can’t really answer why that happened,’ Komives says.

Because it can be made by bacteria, the antivenom could be cheaply produced, and could cost as little as a dollar per dose. Furthermore, the recipients of traditional snakebite treatments often experience adverse reactions like rash, itching, wheezing, rapid heart rate and fever. By comparison, the peptide that Komives’ team is using had no negative effects on the mice in their research.

The idea that a serum protein from the opossum offers immunity to snake venom is not new. Research published in the early 1990s showed that a smaller chain of amino acids from the opossum protein was able to neutralise the venom. The peptide was patented in 1996, but none of the research was cited in any of the snake antivenom literature, including general reviews.

‘I thought it was baloney until I tried it and saw that it worked,’ Komives says. She adds that her team ran out of peptide, and she has been paying for the assays and lab supplies out of her own pocket. She is currently looking into crowdsourcing further funding.