Oxford Biotrans makes its grapefruit compound out of oranges

Using their patented enzymes, Oxford Biotrans’ mission is to create new routes to useful chemicals – starting with their natural-grade food and fragrance products

Catalysts are the backbone of many of the most important processes used in industry – whether making drugs or fertilisers, catalysts make chemistry as we know it possible. But while chemists have been using and developing catalysts for hundreds of years, life has been doing so for hundreds of millenia. For that reason, synthetic catalysts often can’t compete with the efficiency and selectivity of natural enzymes. Biological catalysts have all evolved to function in the same solvent – water – and most work at mild temperatures and pressures. While wild-type catalysts found in nature will only catalyse their particular reactions, advances in protein engineering and genome sequencing mean that selecting or engineering mutant enzymes that catalyse different reactions has become possible. Because of this, the use of biocatalysis has been rapidly expanding and changing the way industry creates compounds, with today’s global enzyme market worth around £5.25 billion. 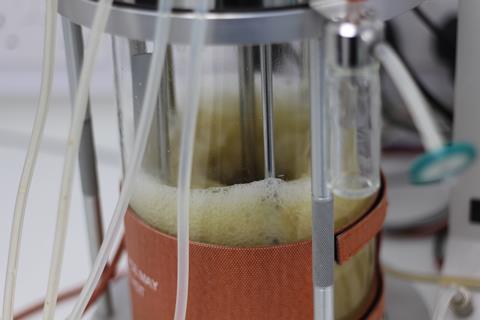 Using mutant enzymes is at the core of what Oxford Biotrans – a biotech start-up spun out of the University of Oxford – does. Based in Abingdon, UK, and supported by technology developed over 20 years by Oxford chemist Luet Lok Wong, the team uses enzymes to find routes to molecules that are otherwise difficult to access. Their focus is on the cytochrome P450 monooxygenases – a family of over 21,000 haem-dependent enzymes that play important roles in bacteria, plants and humans – for example, metabolising toxic compounds in the liver. ‘Cytochrome P450 enzymes are naturally occurring biocatalysts – they break carbon-hydrogen bonds, and they do it quite selectively,’ says Matthew Hodges, director of technology and operations at the company. ‘That’s unusual in a sense – selective C–H bond activation is not something that is easily achieved.’ In this case, it’s done by inserting an oxygen atom from atmospheric oxygen – an activation strategy that is often selective, and which for C–H bonds has no analogue in classic chemical synthesis.

However, wild-type versions of these enzymes generally aren’t selective for the substrate you want – and so won’t give you the transformation you’re looking for. To do that, the team uses a mixed approach of high-throughput screening and rational design to find or custom-design enzymes with the right selectivity. Using their vast catalogue of patented P450 enzymes, they screen a selection of mutants in vitro to see whether the target chemical is being synthesised. By learning which mutants are more closely suited to creating the reaction they want, they gather data that they can use to help engineer new mutants with the right functionality. That kind of rational design requires understanding how the enzyme binds to its substrate – knowledge the company can exploit to increase product selectivity. ‘With rational design, you say: this is the crystal structure of the enzyme – if we change certain amino acid residues, that will change how the reaction occurs and give us the reaction we want to see,’ explains Hodges.

That tinkering has led to the company developing its first commercial product – nootkatone, the molecule responsible for the flavour and scent of grapefruit, made through the biotransformation of valencene. Valencene is a readily available starting material isolated from oranges. And while it was already possible to turn valencene into nootkatone, performing this reaction with an enzyme is new – and converting a natural precursor to a product using an enzyme has its benefits commercially, explains chief executive Jason King. ‘If a natural compound is converted into another natural compound using an enzymatic process, it can be labelled as natural – food companies and so on want to be able to say their products are made using natural flavours. But there’s a limited supply of things that you can label as a natural flavour.’

That niche made nootkatone – with its secure supply of starting material available at a low price – a strong candidate to start with commercially. It also saw Oxford Biotrans become one of the winners in the food and drink category of the Royal Society of Chemistry’s 2018 Emerging Technologies competition.

The team say that while they have new flavour and fragrance products coming through the pipeline, they plan on keeping their options open to explore other avenues. ‘We’re not a flavour and fragrance company per se – we have a production capability for flavours and fragrances, but the end applications are very broad,’ says King. For example, the Environmental Protection Agency in the US recently registered nootkatone for use in insecticides and insect repellents. And there are other benefits to doing chemistry with biocatalysts besides the obvious commercial aspects. Using enzymes, these reactions can be carried out without high pressures, high temperatures or organic solvents – everything can be done at room temperature, at ambient pressure and in water, making the processes relatively green.

Origin: Spin-out of University of Oxford