Although slower to develop, protein-based vaccines are well understood with a strong record of safety and effectiveness

There are no protein-based vaccines among the nine candidates in phase 3 clinical trials for Covid-19. The fastest efforts so far rely on inactivated virus, nucleic acids or vector-based strategies. 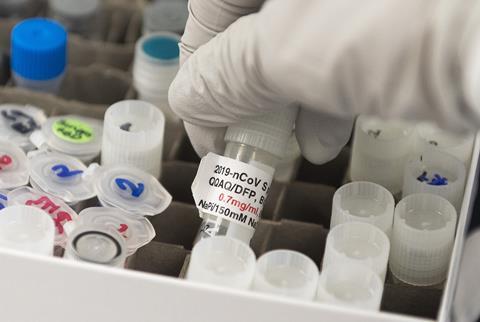 Yet protein-based vaccines are well established, and will likely work. The most advanced for Covid-19 is from Novavax, based on the entire Sars-CoV-2 spike protein plus an immune system-activating adjuvant. However, perfecting a production system for the spike protein is challenging.

The lead vaccines, which have garnered the lion’s share of attention and funding, were not selected because they’re the best, says Nikolai Petrovsky of Flinders University in Adelaide, Australia. ‘They were just the technologies that were sitting there back in February that governments jumped on,’ he says. Faster is not necessarily better, he warns.

Most protein-based vaccines for Covid-19 employ recombinant versions of the spike protein (or parts of it), which tutors the immune system against wild virus. This works with an adjuvant, a compound that puts frontline immune cells on battle alert, thus mustering a robust immune response to the protein antigen.

In August, Novavax published positive phase 1 data. ‘The Novavax vaccine is looking outstanding,’ says Florian Krammer from the Icahn School of Medicine in New York City, US. ‘They have – so far – the highest neutralising antibody titres I have seen.’ The vaccine also provided sterilising immunity (which stops the virus replicating inside host cells) in non-human primates. Novavax has begun enrolling 2900 volunteers for a phase 2b trial in South Africa.

Companies also already know how to manufacture recombinant proteins at scale. ‘This is established technology that has been around for decades,’ says Peter Hotez, vaccine scientist at Baylor College of Medicine in Houston, US. ‘They have an excellent record for safety and effectiveness.’ Krammer adds that there is also no risk of immunity to the viral vector reducing the effectiveness of booster doses.

Novavax’s effort consists of the entire spike protein, produced in insect cells using an adaptation of its process for influenza and other vaccine candidates. It is combined with the company’s Matrix-M adjuvant – nanoparticles of cholesterol, phospholipid and saponins from the soap bark tree. The Sars-CoV-2 spike protein proved tougher to express than, for example, the haemagglutinin protein for influenza. ‘It is harder to adapt these processes than for viral vectors or RNA or DNA vaccines,’ says Krammer.

‘Making a recombinant protein reliably is straightforward, but there are an enormous number of steps,’ Petrovsky explains. He says that ‘over the next three or four months, expect to see a lot of protein approaches get into the clinic’. 11 of the 35 candidates now in clinical trials for Covid-19 are protein-based.

Hotez is working with Biological E, a major vaccine maker in India, to produce a vaccine based on the receptor binding domain of the spike protein. It is expressed in yeast cells, like the hepatitis B vaccine. ‘The advantage is that the hep B vaccine is made locally in Brazil, India and Indonesia,’ says Hotez. ‘Our hope is that protein vaccines could be made in a way that is more accessible to lower and middle-income countries.’ He says trials should start soon.

Sanofi and GSK are collaborating on a spike protein vaccine, tapping into Sanofi’s expression platform for an influenza product and GSK’s adjuvants. A phase 1 trial will soon begin in the US. Medigen Vaccine Biologics in Taiwan is soon to begin a small trial to evaluate its recombinant spike protein with the adjuvant (CpG 1018) that Dynavax uses in its hepatitis B vaccine.

Petrovsky’s vaccine antigen consists of two arms of the spike protein, made and excreted from insect cells. The adjuvant is a plant polysaccharide (Advax) from Vaxine, a company he set up in Australia. The vaccine is now in a phase 1 trial.

One downside of protein-based vaccines is that they are not renowned for a strong CD8 T cell response – the killer cells that destroy virus-infected cells. These are separate from the CD4 T cells, which facilitate antibody production by B cells. ‘The CD4 response in the Novavax vaccine was sufficient, otherwise they wouldn’t have got any antibodies. The CD8 response is usually not that great,’ says Krammer. Choosing the right adjuvant could help elicit a strong enough CD8 response.

Hotez predicts that protein vaccines ‘will become the dominant players in Covid-19 over time, because of their track record in safety and efficacy’. Petrovsky, too, is bullish. ‘They are going to bulldoze their way to the front, because they are going to be so much better than the other vaccines,’ he says. ‘The only downside is that they are slower to develop.’