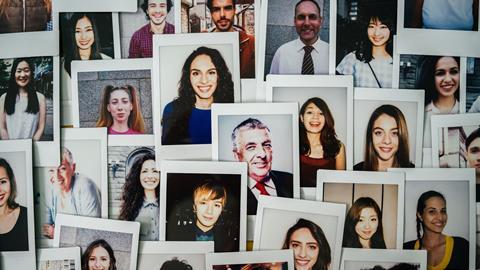 Women publishing in chemistry and chemical engineering journals may receive fewer citation counts when they provide a photograph and biography, a new study has found. It also found a small citation advantage for being affiliated to a high-income country and a high impact author.

Many studies have examined what drives citations, one of the most important metrics used for evaluating scientific performance, such as an academic’s age or the prestige of their affiliated institution. This study wanted to look at the importance of presentation on citations.

To ensure that author photographs and biographies were presented in the same way, Tahereh Dehdarirad of Chalmers University of Technology in Sweden focused on a sample of articles in 121 chemistry-related journals published by Elsevier between 2016–2018. She studied articles by the same authors (4572 articles) when they were asked to provide a photograph and biography, and when they weren’t (9292), and examined the authors’ characteristics – gender, affiliated country and scientific impact.

‘These coefficients are very small, but they are statistically significant,’ says Dehdarirad. ‘[The findings] raise awareness regarding potential explicit and implicit biases that might exist in the citation behaviour of citing authors, based on the gender, country and academic seniority of cited authors. This finding can serve as an example of how visual representation of gendered stereotypes can be transferred to the evaluation of female and male authors’ articles.’

There is an ongoing debate about the difference in citation impact between genders, says Jens Peter Andersen, senior researcher at the Danish Centre for Studies on Research and Research Policy at Aarhus University. ‘Results vary, but the majority of evidence points towards a difference in favour of men. Much of this difference can be explained by a number of covariates, which is also the case in this study. [This] doesn’t mean that the difference ceases to exist, or that it is fair. In academic grant reviewing, hiring and promotions, citation impact often matters, and in those cases, reviewers don’t consider (all) covariates such as age, experience, network advantages, topicality, parental leave. [It can make] a very real difference in terms of career opportunities, especially for early career researchers.’

Andersen doubts whether the reported 5% difference will have much practical significance. ‘The difference becomes statistically insignificant when covariates are included in the model, which is as expected. The differences are not so much a case of the inclusion of photo, but more about the known systemic differences between genders.’

Vincent Traag, senior researcher at the Centre for Science and Technology Studies of Leiden University, also wonders whether the 5% difference is ‘substantively meaningful’. ‘The crucial question is whether the inclusion of a photograph and/or biography causes fewer citations for women. Whether this is the case is much more difficult to judge, and the results of the current study do not necessarily reflect any causality. If the inclusion of such photographs and/or biography differentially affects authors causally, there is a good argument for rethinking including them in articles. In general, photographs are utterly uninformative for the substance of a research article and, as such, it should not be necessary to include them.’

The phenomenon of implicit or unconscious bias is very well known in the scientific literature, concludes Brigitte Ratzer, head of gender competence at Vienna University of Technology. ‘Women are usually not actively discriminated against, but simply overlooked, not taken seriously, or not included in the important networks, conferences, publications.’

Update: The fourth paragraph passage on significance was corrected on 16 December 2022