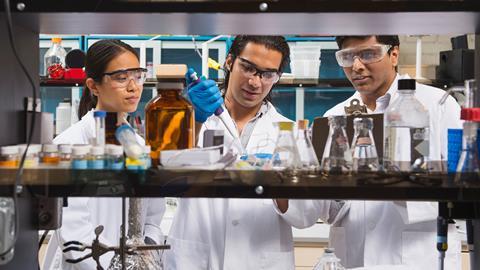 A Wellcome Trust survey of almost 4400 researchers paints a ‘shocking portrait of the research environment’, according to Wellcome director Jeremy Farrar. While 84% of researchers are proud of what they do, many are overworked, face bullying, and feel intense pressure over funding and publishing.

Wellcome’s online survey received responses from more than 4200 researchers, most of them UK academics working in biomedical or biological sciences. Responses also came from almost 100 interviews and four group workshops.

While perceptions on research culture differ significantly between teams – rather than between institutions or subjects – common themes emerge. 55% of words researchers associate with their work are negative, including ‘competitive’, ‘pressured’ and ‘insecure’.

Interviewees said funding and employment practices – like an emphasis on impact and short-term contracts – stifle creativity and increase competition to unhealthy levels. Bullying and harassment are common, with 43% having experienced it and 61% having witnessed it. Moreover, more than half of researchers report long days, almost a third working more than 51 hours each week. 70% of respondents are stressed on an average working day. Only 29% feel secure in their job.

But the report also highlights that researchers value the collaborative nature of their work, which they take great pride in. Many see research as a vocation rather than just a career.

Researchers described the findings variously as ‘shocking’, ‘terrifying’ and ‘sobering’. At the same time, few were surprised. ‘It’s depressing to read because it’s all so starkly true,’ says Elizabeth Ballou, an early career biologist from the University of Birmingham, UK.

Fitting that it came out today with the @wellcometrust report on #ResearchCulture: I wrote about the impact positive research culture had on my career and my field. Thanks to @ACasadevall1, @a_alanio @ocrypto and the #KirstenNielsen lab for leading the wayhttps://t.co/ypmeIeT03s

‘As usual, this data highlights that equality, diversity and inclusion issues form a cornerstone of the discussion regarding research culture,’ says Ben Britton, who leads the experimental micromechanics group at Imperial College London, UK. But the Wellcome report, ‘very squarely says that these problems go way beyond chemistry’, says Tom Welton, president-elect of the Royal Society of Chemistry (RSC). Two RSC studies previously highlighted the barriers female and LGBT+ chemists face in their careers, and has since launched a bullying and harassment helpline.

"While most researchers feel that their sector is producing high-quality outputs, they also report deep concerns about how sustainable the culture is in the long term." - new report on Research Culture from @wellcometrust 1/
https://t.co/BvuB7BSIP7

The fact that the report comes from a large funder is ‘hugely significant’, Welton adds. Farrar admitted that ‘Wellcome’s approach has played a role, placing focus on output at the expense of how research is achieved.’ He committed to changing its practices. UK Research and Innovation also said they would work to ‘ensure real change’, though Britton describes this response as ‘lukewarm’.

Among the solutions suggested in Wellcome’s report are anonymous grant submissions, rewards for ideas rather than publications and offering a charter for good practice similar to Athena Swan. Wellcome also encourages researchers and institutions to host Café Culture events to discuss potential solutions.

‘Modelling good behaviour and supporting a culture of honesty should be goals for the whole community,’ Ballou says. Welton emphasises that ‘everybody has some reach, even if the extent of your reach is just to the person on the other side of the bench from you. It is incumbent upon you, I would say, to use that reach to make sure your influence on the culture is positive.’