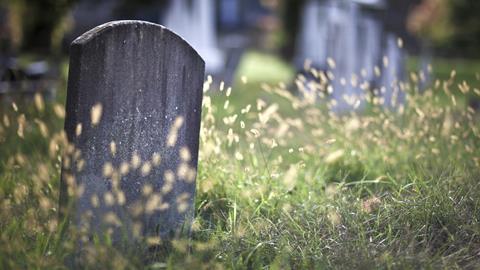 Science really does advance one funeral at a time, study suggests

‘A new scientific truth does not triumph by convincing its opponents and making them see the light, but rather because its opponents eventually die, and a new generation grows up that is familiar with it.’ This principle was famously laid out by German theoretical physicist Max Planck in 1950 and it turns out that he was right, according to a new study.

The work investigates how the premature death of a star scientist working in the life sciences affects the literature. It finds that collaborators of star researchers publish fewer papers in the field after their prominent colleague’s death, while the field sees a boost in studies by researchers that didn’t collaborate with the superstar.

That left them with 452 scientists, 85% of whom died before the age of 70. The superstar scientists in the sample, who all passed away between 1975 and 2003, received an average of $16.6 million (£13.5 million) in grant funding from the US National Institute of Health, published 138 papers and accumulated 8341 citations.

When a superstar dies, their subfields expand a little, says study co-author Pierre Azoulay, a professor of management at the Massachusetts Institute of Technology in Cambridge. But within those subfields, the number of papers authored by former collaborators of star scientists collapses ‘very drastically’, Azoulay says, while the number of papers by non-collaborators rises markedly.

What’s more, Azoulay explains, most non-collaborators tend to be new to the subfield rather than existing competitors to the deceased star. He speculates that outsiders perceive fields to be closed and therefore stay away while stars are alive.

Azoulay thinks researchers, policymakers, funders and publishers need to be more aware that this is happening. He calls for more policy experimentation to test whether fields should be more open to newcomers. ‘The people who are being blocked today for the right or wrong reasons may well be the people who will do the blocking tomorrow.’

Until the star’s death, researchers within a subfield largely tend to cite each other and stick to collaborating with one another, Azoulay says. In some cases, he adds, even after a star dies, they leave behind a ‘rearguard of disciples’ who serve as editors, on funding committees, or other positions of power. ‘When that’s the case, we also see much less entry post death.’

The study doesn’t show that superstars are bad or behave unethically, Azoulay stresses. Instead, he says, it suggests that once people reach the top, it’s difficult for them or their ideas to be dislodged. ‘If I’m successful, I will get to set the intellectual agenda for my field and that’s exciting,’ Azoulay says, but ‘the evidence we present hints that people are overdoing it’.

‘I would hope that most scientists are benevolent rather than despotic,’ says Adrian Barnett, a statistician and metascience researcher at Queensland University of Technology in Australia, who was not involved in the study. ‘The despots may be noisier and create memorable anecdotes, but all basic scientific training emphasises the need to change your mind based on new findings. This is what separates us from zealots.’