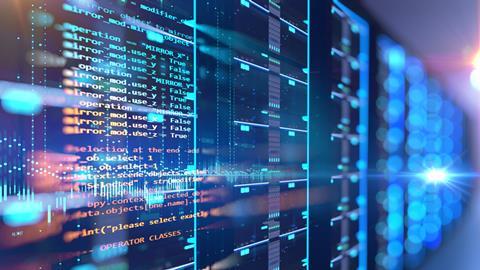 The National Chemical Database Service (NCDS) – a UK-based collection of chemical information resources – will change hands next year. It will become part of a larger service that will bring together databases from across the physical sciences.

The NCDS has been managed by the Royal Society of Chemistry (RSC) since 2013, but in 2019 it will be handed over to the University of Southampton and the Science and Technology Facilities Council (STFC). The joint venture has been awarded a £3 million grant by the Engineering and Physical Sciences Research Council (EPSRC) to set up the new Physical Sciences Data-science Service (PSDS). The change came about because the RSC’s five-year tender to manage the service came to an end, and the decision was made by the EPSRC to provide support for its successor – a more interdisciplinary service – in the form of a research grant, which are only available to research institutions.

The University of Southampton’s Simon Coles, who will direct the PSDS, says there will be a strong focus on integrating sources of open data into the service, as well as bringing together existing databases. ‘At the moment there is quite a lot of open data out there, but it’s in pockets – you still have to find it and visit [several different] sources to assemble a dataset,’ he tells Chemistry World. ‘The idea is that we would bring in an increasing amount of this open data and harmonise it, so users would be able to do chemical structure searching, for example, across the whole lot.’

Plans to bring in more open data will help diversify the service and make interdisciplinary projects easier, Coles adds. ‘Most of the databases that are accessed at the moment are crystallographic and structural. We’re going to really be able to open it out considerably. We will begin to reach into materials science, chemical engineering and chemical biology,’ he says. Storing everything in a unified way will also make it easier to analyse the data using machine learning and other sophisticated techniques.

In a statement, the director of STFC’s ISIS Neutron and Muon Source Robert McGreevy said the organisation is ‘major producers of physical science data’ and ‘welcome the opportunity to work closer with PSDS and link “our” data to “theirs”’.

The collaboration will see the STFC handling the infrastructure and hosting the PSDS at its Rutherford Appleton Laboratory in Oxfordshire, while the University of Southampton will coordinate data science programmes, carry out training and liaise with the community.

Though the PSDS is due to become operational in January 2019 the RSC has said it will continue to run the NCDS as normal while the necessary infrastructure is developed by the STFC. ‘We want to be really sure there won’t be a gap in accessibility. Everyone should be able to [use] it until we’re ready to flip the switch,’ says Richard Kidd, databases publisher at the RSC. ‘Hopefully for the users there won’t be any difficult gaps or concern about what will happen.’

He anticipates the handover happening in mid-2019 and says the Southampton–STFC partnership ‘should be a really good successor’.