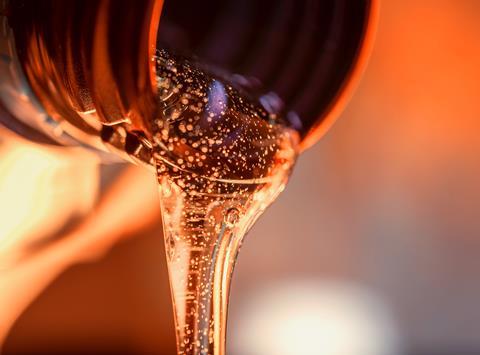 Synthetic organosulfur compounds are added to lubricants, like motor oil, to boost their anti-wear properties, particularly at extreme pressures

Researchers in Canada have discovered that the antioxidant properties of polysulfides are due to their radical reactivity rather than ionic mechanisms, contrary to previous wisdom. They found that tetrasulfides are better radical-trapping antioxidants for petroleum products than the most common industrial antioxidant additives.

Adding sulfur to olefins creates a complex mixture of polysulfides, which are important in the biochemistry of alliums, including garlic and onions. Combining mixtures of polysulfides with petroleum-based products increases the stability of the hydrocarbons. They can otherwise degrade through autoxidation, a free radical chain reaction where oxygen in the air oxidises hydrocarbons. The mechanism was previously thought to be ionic, where the polysulfides undergo oxidation by peroxide. However, new research from Derek Pratt and his team at the University of Ottawa demonstrates that the radical reactivity of these compounds is far more important.

The Pratt group has combined experimental and theoretical studies to determine how a tetrasulfide functions as a radical-trapping antioxidant. They considered a range of polysulfides and their oxides and discovered that the predominant mechanism depends on the length of the sulfur chain. Pratt says ‘The longer you make the chain, the more reactive they become, and the ideal chain length turns out to be four sulfur atoms.’ The S–S bond becomes weaker with longer chains, and at higher temperatures, S–S bond cleavage becomes highly reversible. A homolytic substitution reaction with a peroxyl radical occurs. When tested against hindered phenols (the most common industrial antioxidant) at high temperatures, the tetrasulfide had a rate constant roughly an order of magnitude greater for their reactions with peroxyl radicals.

During their investigations, a crucial experiment for Pratt was the synthesis of two different tetrasulfides that were then heated together. They observed quantitative conversion of these two compounds to a mixture that contained both starting materials and their cross-product, showing that ‘the bond cleavage and its reversal took place with complete fidelity’.

Pratt is optimistic that this work will affect the production of these additives, perhaps with new methods that enrich the amounts of tetrasulfides included in the mixtures of polysulfides.

This industrially relevant reaction also has implications in biochemistry. Pratt says ‘There’s been a lot of debate about the biochemical mechanisms by which these types of [organosulfur] compounds might impart a medicinal effect’. Eric Block, emeritus professor from the University at Albany, US, is an expert on the organosulfur chemistry of alliums. He is keen for the group to ask whether ‘the presence of diallyl tetrasulfide in garlic oil can explain its reported antioxidant activity’. He feels that this ‘elegant resolution of a long-standing puzzle should focus increased interest on the potential utility of tetrasulfides, a little studied class of organosulfur compounds’. Massimo Bietti, an expert in the study of free radicals in organic processes from the University of Rome Tor Vergata, Italy, shares this opinion and thinks that ‘these results are expected to raise considerable interest for both industrial and commercial applications’.