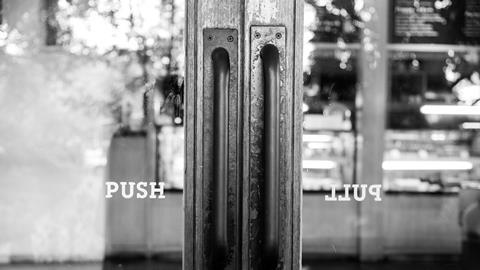 After 36 years of contradictory results, scientists have finally found evidence that vindicates a textbook theory predicting so-called push–pull radicals to be more stable than others.

Captodative or push–pull radicals contain both electron-withdrawing and electron-donating groups, which seem to makes them more stable than just one of these groups. The theory goes that push–pull radicals have additional, charge-separated resonance structures, which should be stabilised by polar solvents. However, since researchers started investigating the effect in the early 1980s, some found the expected solvent effect while others didn’t.

The more polar a solvent the more push–pull radicals are stabilised. In this experiment the stability of the blue radical could be inferred with the naked eye

Chemists have now found a strong solvent effect that is convincing evidence for the captodative effect. In non-polar toluene, a push–pull radical with two nitrile acceptor groups and a dimethylamino donor is mostly present in the form of a dimer. But polar dimethylformamide stabilises the free radical so there’s an order of magnitude more of it than in toluene. This can even be seen with the naked eye as the DMF solution is dark blue – the free radical’s colour – while a toluene mix is only faintly blue. The team found the effect disappears with a radical that only has two electron-withdrawing groups.

The researchers also realised why some past experiments had failed to find the effect: the compounds the teams had used didn’t have powerful enough donating groups. Had the other teams used the strong dimethylamino donor rather than moderate methoxy, they would have likely observed stabilisation in polar solvents.