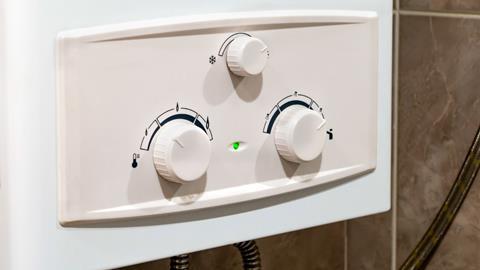 There is nothing to stop the UK from switching its entire gas network over to hydrogen, a report that looks at the country’s transition to hydrogen has found. Switching natural gas for hydrogen would eliminate the UK’s largest source of carbon dioxide emissions – provided the hydrogen was produced using low carbon energy or the carbon emissions from creating it captured.

Natural gas is used to heat 85% of homes and to generate 40% of all electricity. After natural gas replaced coal – an even dirtier fuel from a greenhouse gas perspective – it now provides more than half of the UK’s energy, roughly 800TWh in 2017. Natural gas was responsible for almost 200Mt of carbon dioxide emissions in 2017 – more than coal and oil combined.

Taking natural gas carbon dioxide emissions out of the equation would be a significant step towards the UK’s target to be carbon neutral by 2050. Hydrogen is already manufactured in large quantities and only produces water when burned.

A report by the Institution of Engineering and Technology (IET) has found that switching the whole gas network to hydrogen – an unprecedented move not achieved anywhere else – is feasible. Upgrades to the country’s gas mains are already planned and will replace most metal pipes with plastic by 2030 and these would also be able to handle hydrogen. And while existing boilers would need to be replaced with models that can burn hydrogen, there would be no need to upgrade hot water pipes and radiators.

This is one of the reasons hydrogen might have an edge over electric heating systems because ‘the latter requires installing more radiators, more home insulation and people applying a different approach to heating’, said Peter Clough, an energy engineering researcher at Cranfield University, UK.

However, the report also identified 15 questions that need to be addressed. One of them is how to produce hydrogen sustainably. Hydrogen is a by-product of gas reforming, which produces carbon dioxide. While hydrogen can also be produced by electrolysis, this is costly, and the report recommends a push for advances in capturing, using and storing the carbon dioxide instead.

‘No option is simple or without cost but switching from fossil methane to clean hydrogen in our gas supply is a credible strategy that is likely to be part of the solution,’ said Matthew Knight, head of business development at Siemens. ‘The report shows that the technical barriers are manageable given the right focus.’

However, a 100% hydrogen switch might not be the best option, said Ian Madley, a hydrogen energy researcher at Manchester Metropolitan University. ‘Methane/hydrogen mixtures provide both a way to transition to hydrogen use in a much shorter timeframe and when combined with renewable sources of methane, such as biomethane, a lower cost route to decarbonising heating.’