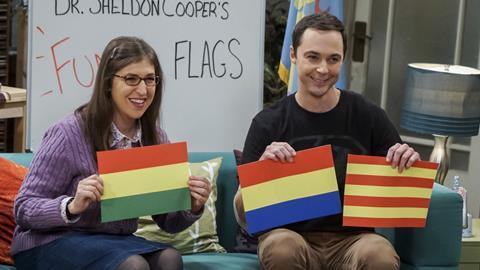 The work of the eminent physicist, Dr Sheldon Cooper of hit TV show The big bang theory, has served as the springboard for the creation of a new chemical compound – BaZnGa!

Those familiar with Dr Cooper will know that his use of the phrase ‘bazinga!’ tends to be associated with a jest or jape. Despite this, Paul Canfield, a researcher at Iowa State University, and his team decided that Dr Cooper’s fearsome scientific reputation merited the thorough investigation of the compound he so frequently proposes.

I respect Dr Cooper and all of his work, and take any pronouncement of his seriously!

Na Hyun Jo, a graduate student at Iowa State University, had the initial inspiration. ‘I was at home and turned on the TV, and there was a show about The big bang theory and a character said “bazinga!”. They showed the elements barium, zinc and gallium. So I thought: “Wow, I think no one has ever tried to grow this material,” and “maybe this could be a new discovery of a high temperature superconductor or some kind of a quasicrystal” or something like that,’ she explains.

The structure of BaZnGa with barium shown in red. The other sites in green, cyan and blue can be occupied by zinc and gallium

‘I respect Dr Cooper and all of his work, and take any pronouncement of his seriously!’ says Canfield. ‘Therefore, when a pronouncement was made that a BaZnGa compound may exist, it was our obligation to check it as part of the scientific method. There was no known ternary compound with barium, zinc and gallium. Wouldn’t that just be smashing if we could find one, and maybe it would have interesting properties. I can very sincerely say that a barium, zinc, gallium compound could have superconductivity, it could have novel topological electronic properties, it’s conceivable it could be not crystalline but quasi-crystalline, there are any number of things. Until you actually make it and look at it, you do not know.’

Sadly, further analysis did not reveal any particularly remarkable properties. However, this has not dampened the team’s enthusiasm. ‘I think research is always the entertaining part, so the one important thing is that we found a new crystal structure of barium, zinc and gallium,’ says Na, and Canfield agrees. ‘What we try to do is study the properties of either poorly categorised or unknown materials,’ he explains. ‘A reason for trying to make something is exploring for unknowns. These can be known unknowns or unknown unknowns. Known unknowns are things that probably exist, they might have been looked at in structural form but nothing is known about their magnetic properties so we want to look for them. If it’s really a new compound – an unknown unknown – you do not a priori even know what its structure is. You interview the material by doing measurements and see what it has to offer. This is the nature of basic research – sometimes you explore at the edges of knowledge.’

These findings, along with others, will be discussed at the annual meeting of the American Physical Society in 2018. Incidentally, the meeting is to be held in Los Angeles – the home of Dr Cooper. Canfield and his team hope that he will be in attendance.