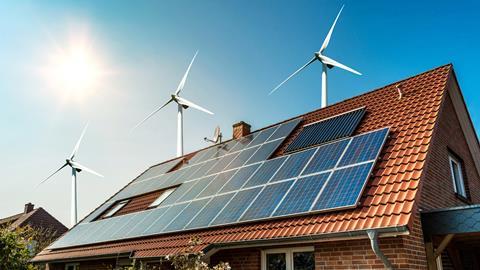 If the political will is there, a low-carbon future is possible, says a team of researchers, who call for a re-balancing of climate change discussions. In new analysis, they show that the rate of decarbonisation can be increased and sustained, opening the door to significant emissions reductions. However, they warn that nations need to be much more aggressive in their approach to climate change.

Our findings show that both despair and complacency are equally unwarranted

The group led by Amory Lovins, chief scientist at the Rocky Mountain Institute, Colorado, says climate models have understated the scope for practical mitigation. ‘We know focused and urgent action to combat climate change is still essential,’ Lovins says. ‘But our findings show that both despair and complacency are equally unwarranted. We found that, while climate change models have understated potential warming, the models used to guide policy makers have understated the scope for practical, let alone profitable, mitigation against it.’

The team found that the real rate of decarbonisation in the global economy is significantly higher than the rate used in many baseline assessments of technological change. Lovins reports that since 2010, global decarbonisation has accelerated and is on target to achieve the Paris Agreement’s goal of keeping warming under 2°C, despite a disappointing slowdown in energy savings over the past three years. ‘Large gains from energy efficiency have been under-emphasised and modern renewable heat – decarbonising about as much as solar power plus wind power – has generally been overlooked altogether,’ he adds.

The researchers found that recent developments in energy markets and analyses mean that the climate targets in the Paris Agreement – including its aspirational 1.5°C target – are achievable, acceptable and attractive. These developments include the recent ‘unexpected’ uptake of renewable energy, says co-author Daniel Kammen of the University of California, Berkeley. ‘What we need now is a renewed and co-ordinated effort to represent these developments in influential global climate and energy systems models. Doing so is critical to saving trillions of dollars, while achieving stringent climate mitigation outcomes.’ 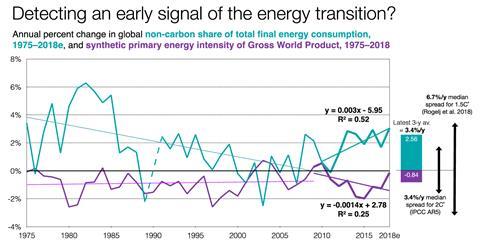 The study recommends some new approaches for future modelling. It argues the need to reconsider reliance on pre-2011 energy data, and to better understand and apply modern energy efficiency options.

The paper has generated mixed reactions. Mike Lockwood, professor of space environment physics at the University of Reading, welcomes the report. ‘[It] makes the valid point that we can avoid the worst-case scenarios, but we do need to act [now]. And we need to act in the most effective ways that mitigate the most serious risks and the science can help identify what they are.’

John Beddington, professor of natural resources management and senior adviser to the Oxford Martin School at the University of Oxford, also supports the paper’s emphasis on large-scale, low-cost opportunities for mitigation in the form of energy efficiency measures. ‘Similar drivers for innovation also apply in areas like carbon dioxide removal and utilisation, which can often be part of the same cascade of mitigation options for an emitting industry. Whole-system optimisation could be applied across all of these domains.’

However, others are less optimistic. Chris Brierley, co-director of University College London’s Environment Institute, agrees that there are many examples where the costs of moving to more sustainable technology and behaviours have been over-estimated. However, he notes that despite the mitigation costs and progress highlighted, atmospheric carbon dioxide levels are still increasing at an accelerating rate. 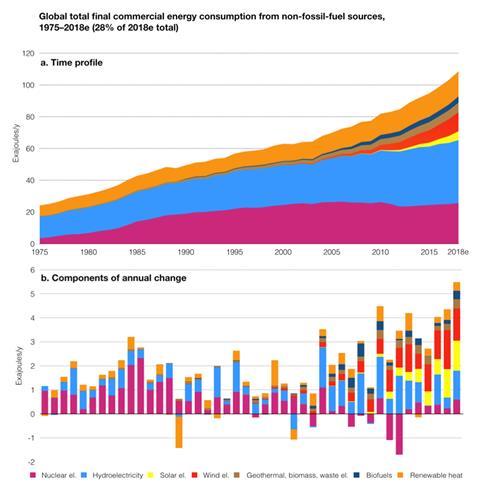 Paul Brockway of the school of earth and environment, University of Leeds, points out that the suggested ‘rosy’ picture of energy efficiency via large current reductions in energy intensity is not supported by the International Energy Agency’s (IEA) data. He adds that it’s not entirely supported by the authors’ own data either which, he says, does not take into account the trend post-2015.

The authors rebut these comments, saying that their findings were based on, and consistent with, IEA intensity data. The paper cites three IEA discussions of the ‘disappointing’ 2015–18 slowdown in energy savings. The analysis of the 2010–18 data found ‘unexpected encouragement in this decade’s performance and trend of global decarbonisation despite the past three years’ ‘worrisome slowdown in energy savings’.

They say they see every day the accelerating pace of adoption and improvement in policy, design, technology and business. These improvements, together with rising attention and investment, reflect an increase in ‘global energy efficiency’s driving forces’, Brockway says, rather than ‘brief perturbations of a durable reversion’.