Three collaborations have been established in the UK in recent weeks as universities and drug companies strive to discover new treatments together. And while they vary in size and approach, they illustrate strategies research organisations are adopting in working together for mutual benefit. 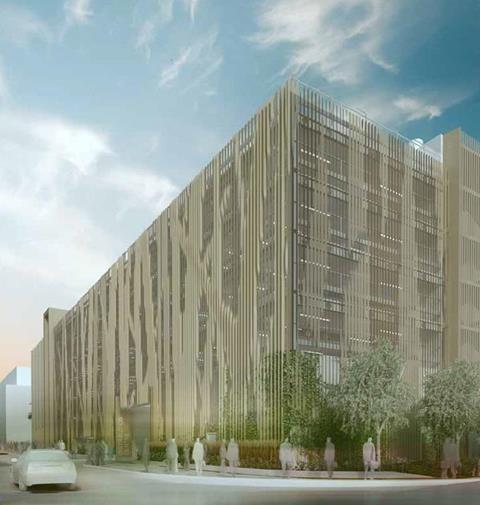 The largest will see Danish firm Novo Nordisk invest up to £115 million over 10 years in a new research centre at the University of Oxford. The centre will employ up to 100 Novo Nordisk researchers, who will work together with Oxford scientists to hunt innovative approaches for treating type 2 diabetes.

‘Oxford is the right partner for Novo Nordisk because it will allow for a broader set of skills, data sources and academic collaboration within world-class research,’ a company spokesperson tells Chemistry World. ‘Co-creating early stage research projects is not something we have done to a great extent. Therefore, the establishment of this new research centre allows for more focused early stage research in type 2 diabetes.’ The spokesperson highlights Oxford’s world-leading status for research on subjects like genetics and insulin-producing pancreatic beta cells.

One perceived barrier to such collaborations is the thorny issue of control over intellectual property (IP). In this instance, Novo Nordisk will own research conducted internally at the research centre, but IP originating from collaborations between Oxford and Novo researchers ‘will be co-owned and governed by agreements made on a case-by-case basis’.

High value university-company research partnerships involving collaboration and embedding rather than specific contract research are becoming increasingly popular, comments Kieron Flanagan from the Alliance Manchester Business School. Other similar strategic collaborations in the UK include one between drugmaker AstraZeneca and the University of Cambridge. Flanagan also highlights similar programmes involving the University of Manchester, including oil giant BP’s International Centre for Advanced Materials and another with agroscience firm Syngenta. ‘It’s more about building the connection to leading-edge research in the university, but also to people, and to supply researchers that the company might need in the future,’ he observes.

The benefit for universities is helping convert that leading-edge research into commercial innovation that has a truly significant impact on society. ‘By and large, university-based research is not a major source of innovation,’ Flanagan says – relatively few university patents are licensed or lead to marketed products. ‘But we know the knowledge people generate in universities is still important, often in an indirect way,’ he adds. With these partnerships, companies are not necessarily looking for direct access to knowledge they can commercialise, Flanagan says, ‘it’s about something much more long-term’. That kind of collaboration will help sustain the big companies’ capabilities, while also having academic impact.

Heptares Therapeutics, based at Biopark Welwyn Garden City, is collaborating with Anthony Davenport’s University of Cambridge team. It builds on the group’s research on the apelin receptor, which is implicated in various cardiovascular diseases. The collaboration will hunt novel apelin-modulating molecules, exploiting Heptares’ Stabilised Receptor (StaR) technology, which helps get x-ray crystal structures of receptors and create stable antigens for therapeutic antibody discovery. Heptares is funding a postdoctoral researcher in Davenport’s team, who will test potential drugs in human cardiovascular tissue. Heptares’ chief scientific officer Fiona Marshall says that this will both ‘limit the use of animal experiments and provide more relevant data’. 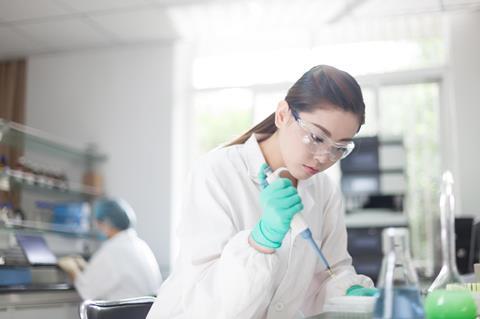 This is just one programme in a £5 million overall initiative where Heptares is building collaborations with academics, Marshall emphasises. Such programmes help Heptares understand receptor biology and provide exclusive access to novel assays for testing potential drug molecules. The molecules and the protein structures that Heptares can provide also serve as tools to help its academic partners study receptors. The partnerships shouldn’t have any trouble balancing academic desire to publish high-profile papers with industrial needs to carefully protect IP, Marshall adds. Heptares initially patents the molecules, she explains, but is then keen to publish the associated research together with its collaborators.

The third recent tie-up involves Cancer Research Technology (CRT), Cancer Research UK (CRUK)’s commercial arm, together with Tusk Therapeutics, an immuno-oncology start-up based at the Stevenage Bioscience Catalyst, and University College London (UCL). Tusk will receive an exclusive worldwide licence from CRT to develop and commercialise therapeutic antibodies against a target that plays a key role in immune suppression in cancer.

The target originated from CRUK-funded research done by Sergio Quezada and Karl Peggs at UCL, with Quezada now leading a three-year preclinical collaboration against various cancer models. When the collaboration ends, Tusk ‘will assume responsibility for accelerating the progress of selected antibody candidates into the clinic’. CRT will receive an upfront payment, plus performance-based milestones and royalty payments, which will be shared with UCL.

CRT’s chief scientific officer Clive Stanway highlights that his organisation has very frequently made similar arrangements when CRUK-funded investigators make discoveries of industrial interest. CRUK takes ownership of any IP as a condition of its research funding, which CRT then commercialises, with 50% of any revenue going to the institution involved. The approach has led to five marketed drugs, and 30 that are currently in pre-clinical development and clinical trials. Although the commercial angle sometimes delays publishing research, it’s usually possible to avoid that by separating out sensitive IP to pursue academic and commercial goals in parallel.

Such collaborations could be considered ‘problem-oriented research’, Flanagan suggests, due to ‘the clear problem-relevance of knowledge in biomedical areas’. Where academic research addresses such specific problems, it can be a more direct source of innovation than is otherwise the case. ‘Their aim is for the knowledge to be useful and transferred out of the university,’ Flanagan says.