US researchers have demonstrated a one-step synthetic route to recycle urine into carbon quantum dots.1 These nanoparticles of carbon are very water soluble, chemically inert, and have good biocompatibility, making them of interest for bio-imaging. Generating the carbon dots from a liquid source rather than solid materials is more efficient as several processing steps can be bypassed. 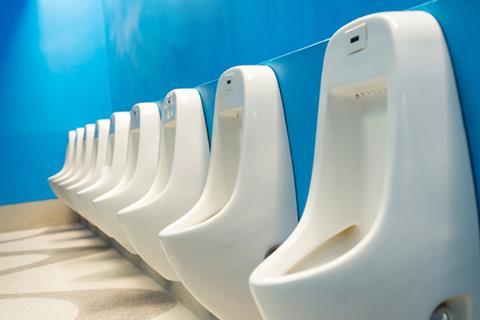 Gary Baker and his team at the University of Missouri-Columbia discovered that the urine donor’s diet influences the surface chemistry of the ‘pee dots’. Eating asparagus or vitamin C tablets increases the sulfur and carbon content of the urine, respectively. Diet changes affect the dots’ size, and shift their emission spectra. The team has shown that the dots function similarly to those made using other methods, and can act as fluorescent probes for detecting several metal ions. Baker suggests it may be possible to use carbon dots produced from urine samples to assess the health and diet of patients in situations where resources are scarce.

‘The seed for this project came from light-hearted conversations about how literally any carbon-containing precursor could lead to carbon nanodots,’ explains Baker. ‘Insert some graduate student humour and candour, and there you have it: carbon dots from urine! Much to our satisfaction, what began as a joke culminated in some interesting science.’ There are also a number of sensible reasons for starting with urine, he adds. ‘It contains plenty of urea – a nitrogen-containing carbon source – and it is a negatively-valued waste with no established utility.’ 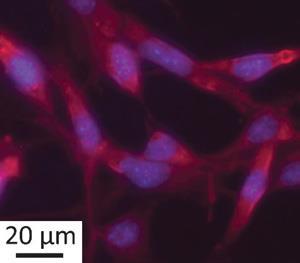 Recycling urine is a subject of considerable environmental concern. ‘Yellow water’, the liquid portion of sewage waste, is treated in an energy intensive process to remove the nitrogen and phosphates before releasing the water back into rivers and oceans. If these nutrients are not removed, algae feed on them and grow uncontrollably, choking the ecosystem. By collecting liquid and solid waste separately, the urine can be recycled to produce value-added materials. Baker is a keen advocate for green chemistry. ‘I do think that changing the public mindset regarding how we should use energy and resources in our daily lives is very important,’ he says.

Ioannis Ieropoulos’ research at the University of the West of England, UK, also involves waste. He is glad to see applications for urine. ‘There is no longer a need to think about expensive or difficult to source materials to generate carbon dots,’ he says. ‘One only needs urine.’

Mingqian Tan and his group at Dalian Polytechnic University, China, recently found similar carbon dots in beer and instant coffee.2 Tan agrees on the value of recycling urine. However, he is sceptical of Baker’s claims: ‘It is highly speculative that the change of diet can change the properties of these dots,’ he says.