US opens up home DNA screening

The US Food and Drug Administration (FDA) has, for the first time, authorised a genetic test to be sold directly to consumers. The agency plans to ease the regulatory path for similar screening tests to enter the US marketplace.

The test determines whether someone carries mutations associated with Bloom syndrome – an inherited disorder marked by short stature, along with a higher risk of cancers and other health issues – and is marketed by personal genetic profiling company 23andMe. The test is intended to be used by individuals with no symptoms of the disease, who could be at risk of passing it on to their children.

The agency also said it plans to reclassify such carrier screening tests as class II medical devices. This puts them in the same class as powered wheelchairs and some pregnancy test kits, for example. Unlike the more stringently regulated class III devices, class II devices do not require direct FDA approval before being marketed. However, device manufacturers do need to be registered with the FDA and need to comply with Good Manufacturing Practice (GMP) regulations and the agency’s requirements on labelling. 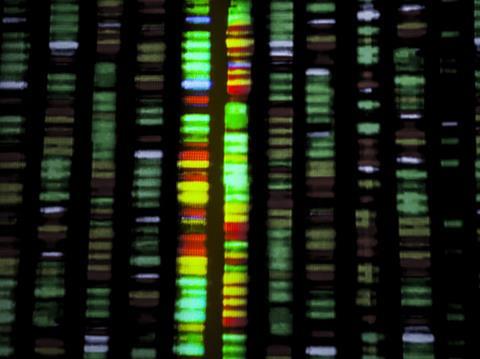 The FDA has opened the door to DNA tests that can give reliable results, such as identifying carriers of certain diseases

‘These tests have the potential to provide people with information about possible mutations in their genes that could be passed on to their children,’ stated Alberto Gutierrez, who directs the FDA’s office of in vitro diagnostics and radiological health.

The risks of these tests are well understood, according to the FDA. ‘The FDA has extensive experience in the review of genetic tests, and the agency has put in place special controls that adequately mitigate the identified risks and provide a reasonable assurance of the safety and effectiveness of these tests for their intended use,’ says agency spokeswoman Jennifer Dooren.

For example, if the tests are sold over the counter, 23andMe will have to inform consumers about how to access a board-certified clinical molecular geneticist or equivalent to assist in pre- and post-test counselling.

23andMe came under fire in November 2013 when the FDA ordered the company to stop marketing its personal genome service saliva collection kit. The agency said 23andMe did not have proper regulatory authorisation for medical devices, and raised concerns about the validity of medical claims relating to the test results. The company was allowed to continue its testing service, but its results were limited to non-medical outcomes, such as predicting hair curliness and tracing ancestry.

‘The FDA has not reversed its thinking,’ Dooren says, noting that 23andMe has provided data that demonstrates the test’s reliability in determining whether someone carries the specific genetic abnormality that could cause Bloom syndrome in their children.

For its part, 23andMe says it will not begin returning Bloom syndrome carrier status test results, or other health results, to customers until it completes the regulatory process for additional test reports and can offer a ‘more comprehensive’ product offering.

‘This is a major milestone for our company and for consumers who want direct access to genetic testing,’ said Anne Wojcicki, chief executive of 23andMe. ‘This important first step would not have been possible without the hard work and guidance of the FDA.’

Observers like Joshua Petrikin, who directs neonatal genomics at the Center for Pediatric Genomic Medicine at Children’s Mercy in Missouri, says that confidence in carrier testing for single gene diseases like Bloom syndrome can be higher, because these ailments have well-defined genetic causes and a single gene is involved.

However, Petrikin suggests that the next move might involve genetic tests that report predisposition for multi-factorial conditions, such as obesity, diabetes or heart disease, which could be more problematic.

‘This is a first step,’ he says. ‘The trend in medicine is toward individuals having access to what their genetic code says about them, and their risk for disease.’

Petrikin notes that a variety of treatments can be informed by one’s genetic code. For example, some drugs work better on certain people because of how they metabolise the medicine. ‘Genetic information can be quite confusing and uncertain, but having that information can – and should – provide a more useful dialogue between the individual and their healthcare provider about behaviours, risk factors and treatments,’ he says.