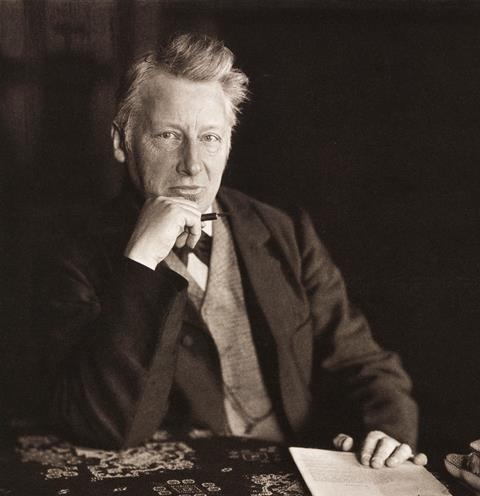 Jacobus Henricus van ’t Hoff (1852–1911). His old lab at the University of Amsterdam has been commemorated with a chemical landmark plaque

The Amsterdam building that was once physical chemist Jacobus Henricus van ’t Hoff’s lab has been declared a chemical landmark by the Royal Netherlands Chemical Society. From 1877 until 1891, van ’t Hoff conducted groundbreaking experiments in the small space, including discovering the laws of chemical dynamics and osmotic pressure, which would win him the very first Nobel prize in 1901.

Initially, van ’t Hoff wasn’t enthusiastic about the space when the University of Amsterdam gave it to him. Nevertheless, it was in this lab that he conducted his pioneering work on chemical affinity, equilibrium, kinetics and thermodynamics. In 1884, he published his influential book Studies in Chemical Dynamics, which would lay the foundations for physical chemistry as a discipline.

After his work made waves internationally, van ’t Hoff received an offer for a position at a university in Germany. The University of Amsterdam managed to convince him to stay – at least for a while – by building him a brand new lab. But in 1895, he moved to a university in Berlin, where he worked until his death in 1911. His new Amsterdam lab was destroyed by fire in 1987 and subsequently demolished.

Nothing remains of van ’t Hoff’s original lab, which is now a café and exhibition space – though a chemical landmark plaque now will remind visitors of its history.