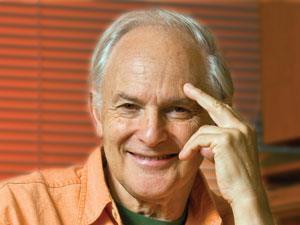 The celestial sphere that fell to Earth. This is the romantic narrative painted by the late Harry Kroto of the discovery of Buckminster fullerenes. It’s a portrayal that is imbued with Kroto’s sense of awe and wonder at the universe around him. And 20 years on from the Nobel prize for the discovery of C60, chemists from around the world took time to pay tribute to his life and work.

Nazario Martín, a friend of Kroto and someone who has spent much of his life working with fullerenes, led the tributes at the European Association for Chemical and Molecular Sciences (EuCheMS) meeting in Seville. He described him as a latter day Kekulé – both had a huge impact on chemistry bringing new ideas about aromaticity to the scientific community. In Kekulé’s case, his discovery changed the way chemists thought about chemical structure and organic molecules, while Kroto’s led to a new understanding of carbon.

It came as something of a surprise in the 1980s that carbon had so much more to offer chemistry, but today the number of allotropes out there is dizzying and growing every year. While C60 may have been the first back in 1985, it was soon joined by nanotubes in the 1990s and then graphene in 2004. Now, even more exotic forms are being made like nano-horns, nano-peapods and nano-onions – we seem to have an insatiable appetite for allotropes.

Martín himself has made a huge tridecafullerene structure with over 7000 atoms. What’s important here though is not the fancy shapes or huge structures being made, but the control chemists can now exert over fullerenes. This has meant that chemists can, for example, introduce chirality into fullerenes and interest is growing in their use in organocatalysis. It’s clear that this control will lead to other uses for these versatile allotropes of carbon.

Prizes and awards were fleeting to Kroto, merely a tool to help him get the word out about the amazing world around us and to indulge his love of chemistry. His death is a loss to science, and all the more so because he did so much to support it.

His work – and of course that of so many others – has launched a whole new field over the past 20 years. That’s a legacy he would be proud of.