Nanobelt synthesised more than 60 years after it was first proposed 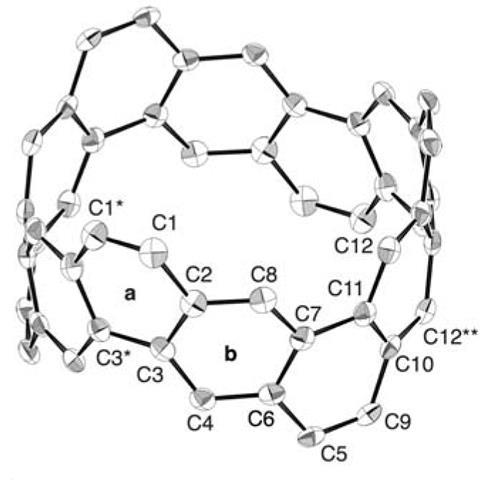 The first carbon nanobelt comprising 12 edge-sharing benzene rings has been made by Japanese researchers.

Kenichiro Itami and colleagues from Nagoya University have now synthesised the first 12-benzene nanobelt. The team made a planar precursor that they dimerised into a macrocycle and then transformed into the nanobelt with a carbon–carbon bond forming reaction. Although this only gave a 1% yield of the nanobelt, the researchers were able to confirm its closed-loop structure, which is just 8Å in diameter.

According to Itami, the nanobelt’s deep red fluorescence bodes well for potential applications in photonics and nanoelectronics. Moreover, its synthesis could serve as a template and allow researchers to access other tubular nanostructures.