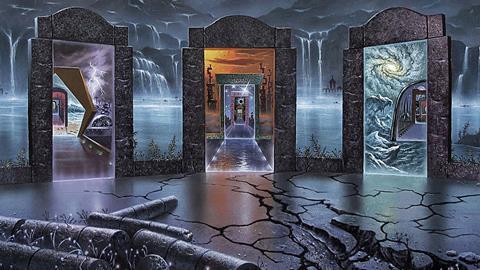 What if chemical discoveries had followed a different path?

Looking back through the history of chemistry, it’s easy to get the idea of a fairly smooth progression. Atoms and elements were recognised, gas laws and stoichiometry were discovered, spectroscopy and stereochemistry were slowly understood, and so on. But we are likely overlaying order, retrospectively, on what was not a very orderly process (rather like many of us do when we look back on our own careers!) My guess is that there are several larger factors at work, some of which tend to give us the progress that we’re used to seeing over the years, and some of which didn’t have to at all.

One general force for order is the way that the basic concepts of science had to be worked out. We were unlikely, for example, to understand the nature of complex molecules to any degree without an underlying concept of atoms themselves. The idea of individual elements with distinct, irreducible properties is another insight that seems crucial. But keep in mind that there were many schemes built around this basic notion, from the ancient earth, air, fire, and water, through the alchemical schemes that added mercury, sulfur, and a few things that we now know aren’t elements at all. The idea that chemicals were made out of combinations of simpler substances was certainly valid, but it took some time to come up with a workable system.

This illustrates a second factor in how chemistry came about, the way that a sound basic idea can be jammed into several different holes at all sorts of inappropriate angles. You would have to think that these misapprehensions could have occurred in many different orders and directions than the one we know. Take the well-known example of phlogiston. This, unfortunately, got the process of combustion almost perfectly reversed from what we now know to be the case (largely due to Aristotle and his powerful influence on later thinkers). If early chemists hadn’t been so sure that fire itself was a fundamental component of the universe, the right end of the stick might have been picked up with less trouble.

Another randomising factor is what experiments were run, and what observations were made. Louis Pasteur was completely correct when he said that fortune favours the prepared mind, but differently prepared minds might have altered many a fortune. Radioactivity, to pick one example, might have been discovered before it was – imagine someone handling a sample of pitchblende under conditions similar to a crude cloud chamber, watching the track left by an alpha-particle in amazement . The further you get into the details of any one field, the more opportunities there are for things to have happened in a different order. In organic chemistry, one could easily imagine such classics as the Grignard reaction or the Diels–Alder being discovered completely out of the sequence that we know, and thus setting off completely different lines of research, as opposed to what really happened.

Louis Pasteur was completely correct when he said that fortune favours the prepared mind, but differently prepared minds might have altered many a fortune

If we could re-run chemical history a hundred times from the same starting point, we would probably find cases where important discoveries, made in all sorts of different orders, sent the field off into quite different eventual forms: one timeline might have grasped the nature of polymers earlier, or have specialised more in photochemistry. Each of them would surely have their histories altered by dedicated experimentalists and theoreticians who found the perfect subjects to match their talents – Emil Fischer with carbohydrates, to pick one. Some advances that were crucial to one timeline might have occurred too late in another to have the same impact, the fundamental principles they illustrated having already been worked out by other means. There would also be examples of discoveries that were made too early to be well understood and had to wait as isolated curiosities until their real nature could be grasped.

From the standpoint of one of these alternate realities, our own timeline would be yet another odd jumble, where perhaps spectral lines were discovered a bit earlier than usual and palladium-catalysed couplings rather late. Out of a hundred random chemical realities, where exactly would we rank? I’m assuming we will never know…