Ilias Shcherbakov is an academic secretary for the Institute for Single Crystals in Kharkiv. Since the Russian invasion he has remained in the institute and, among his primary responsibilities, helps to maintain the equipment and infrastructure. 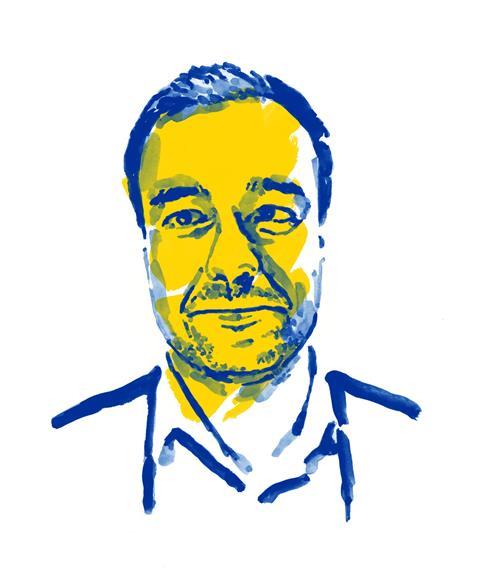 My house is situated in the North of Kharkiv on a so-called circle road around the city, and my windows are directed to the Russian border. As I like to sleep with an open window, I heard and I watched the first flashes and explosions of the invasion. We got up, grabbed everything and I sent my relatives to a safer place.

I went to the Institute for Single Crystals early in the morning. We have a lot of very expensive mass spectrometers, X-ray diffraction spectrometers, single crystal growth equipment and other research equipment that helped us to be one of the leading R&D institutions in Ukraine in the fields of physics, materials sсience, chemistry and pharmacy and to be part of numerous international projects and grants. We spent the first two days by shutting down our equipment and trying to lower the consumption of energy on everything. It’s not like you turn off a computer with a single button or switch and it’s okay. Turning off the complex research equipment involves very long procedures that could take several hours.

We also have equipment that we can’t stop – for example, we have a nuclear magnetic resonance spectrometer. It’s one of only two in the country, and it requires to be filled with liquid nitrogen every 10 days. We must run it at any cost, because if it stops our superconductor magnets will quench and we’d have to purchase another spectrometer, which is at least $500,000 (£404,600).

The nearby campus of Kharkiv National University was hit by an airstrike. All our windows were blown out

I stay in our primary building because frankly speaking it’s not safer to stay in my house. A lot of my colleagues stay here as well. Our plant producing chemical reagents about 1.5km from here was damaged by the shockwave when the nearby campus of Kharkiv National University was hit by an airstrike. All the windows were blown out. Electricity was cut off, so all the technology lines that we’re running up from there stopped unexpectedly. Due to safety procedures no emission or pollution was released. We fixed what we could but unfortunately this was followed by a week or two of the hard winter weather – it got down to –20°C. There was no heating so we had a problem with water shortages and so on.

Many people fled from Kharkiv to the centre or west of Ukraine or even outside, it’s understandable. We need to help people in the new cities to find a job, or to join a scientific team or scientific group, so they can be involved in scientific research again. We also need to help those who have stayed here, in Kharkiv, and in Poltava and other cities, who have to keep things running or save equipment. They need support to stay where they are.

Ukrainian scientists will need some special targeted funds or programmes to restart their research. They will need money not only for their salary, but to restore the infrastructure. Here we are lucky, even our windows are okay. But the Kharkiv Institute of Physics and Technology was hit much harder. They’ll have to physically rebuild their buildings.

Perhaps there could be bilateral agreements between European countries and universities and research facilities to help Ukrainian scientists to keep working here. It’s not like we’re asking just for direct financial transfers but for support grant programmes with equipment aid or reagents and material supplies. To help to recover the Ukrainian scientific community’s capabilities one needs to provide a wider collaboration with the EU and UK research networks.