Volodymyr Buryanov is the lab head at Enamine, and was planning to defend his PhD dissertation on the development of new catalysts for hydrogenation this year. Currently, all his work is paused. 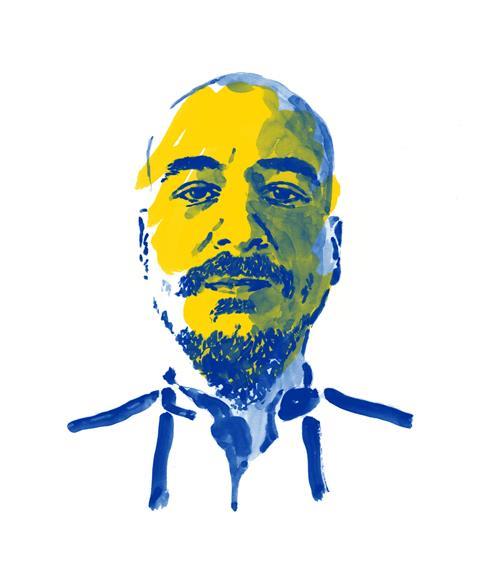 I live in Petropavlivska Borshchahivka village, near Kyiv. In the days before the full-scale invasion, I wasn’t sleeping well. The night between 23 and 24 February was no different. I woke up before 5am. I took my phone and saw on the news that Putin had announced the so-called ‘special military operation’. I wanted to see the video. Once I found it, I heard the explosions and immediately woke my wife. I told her the war had begun.

We already had emergency bags ready. We packed the rest of our stuff and woke our son. Then we collected my wife’s brother and his family, and in one car, we left Kyiv, so we could decide what to do next. My family went abroad. I stayed. Twice I went to the territorial defense units center to enroll. But they were full. There were days when I had windows tremble, and doors and kitchenware shake. You could sometimes hear the explosions 5–6 times per minute. You could hear artillery. It was a usual thing, and, to be fair, it was scary.

At Enamine, those who didn’t leave immediately had to stop all processes, so it was safe, and all laboratories got conserved. Work stopped for more than a month. Nothing continued, not scientific research, nor production.

The whole country united to help the Armed Forces of Ukraine. We all must unite regardless of our profession and our skills. As soon as the Russian troops were repelled from the outskirts of Kyiv I along with many of my colleagues decided to resume our work at Enamine. I know that every synthesis I make helps the country to stand against the Russian aggression. Our company makes a lot of contributions to provide support to those who need it in Ukraine. Also for this reason, the Enamine charity fund was organised. Everyone is welcome to donate!

It’s important to keep collaborating with Ukrainian institutions as this will allow us to work in Ukraine. I don’t want to be a part of the brain drain. It always existed. It’s nice that there are now simplified hiring procedures in Europe and easier, liberalised access to research facilities, but Ukrainian chemists strive to work for the development of our country rather than just provide resources to the companies abroad.

Maybe there were some international companies that previously were cautious about collaborating with Ukrainian chemists. It is about time for them to begin such collaborations. I’m sure that even during the war, we can find the strength to rebuild and develop further this vital field.