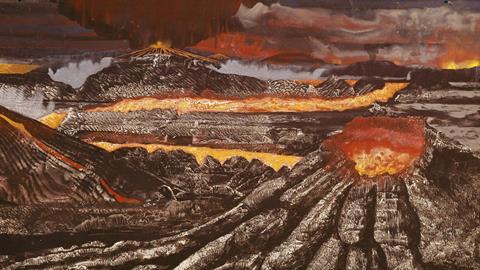 Begat out of hell

Hostile environments could create the ideal conditions for life

The Drake equation, devised by astronomer Frank Drake to estimate the number of communicating intelligent alien civilizations in our galaxy, has always struck me as a way not so much of making a calculation but of dissecting our ignorance. The equation presents that number as a product of the various factors on which a detectable extraterrestrial broadcast depends, ranging from how many planets can support life to the length of time over which an advanced civilization might bother to send out signals.

Recent observations of extrasolar planets have transformed our understanding of some of the equation’s initial terms, such as what fraction of stars have planets and what fraction of these are potentially habitable (if we assume that life requires a terrestrial-like, aqueous environment, which is by no means assured). But other terms in Drake’s equation are still anyone’s guess – not least the fraction of potentially habitable planets that do develop life. Not only do we lack any data, we don’t even really have any theory to guide us.

Some conclude that this makes the Drake equation an empty exercise – no more than a ‘sciency’ illusion of understanding. I’d suggest it is better regarded as a checklist of reasons why we shouldn’t jump to conclusions when we grapple with Enrico Fermi’s famous question, used to dismiss the notion that intelligent life might be widespread in the cosmos: ‘Where is everybody?’

If we work our way down Drake’s list from (reasonably) known knowns to known unknowns, the next term we might hope to constrain is how likely it is for life to arise on a planet that can potentially host it. Limiting ourselves to Earth-like planets should give us a lower bound – but already we hit a wall. Some argue that, given there is evidence that life began on Earth pretty much as soon as it was able (recent findings even imply a possible origin predating the formation of the oceans,1 though it’s not clear how that could work), life must be rather inevitable when the circumstances are right. Others prefer to concur with biochemist George Wald, who suggested in 1954 that ‘one has only to contemplate the magnitude of this task to concede that the spontaneous generation of a living organism is impossible’. 2 Of course it can’t be, Wald admitted – but his appeal to the agency of time to make the impossible possible founders if life really did arise so soon in the hellish Hadean era around 4 billion years ago.

From a thermodynamic point of view, the likelihood of generating by chance a plausibly prebiotic polymer – such as a peptide from simple ingredients like amino acids – looks extremely slim. Various ingenious scenarios have been proposed, such as synthesis in hydrothermal systems3,4 or catalysis by minerals.5 But not only are such routes to life chemically specific, they also struggle to find anything like a favourable equilibrium state.

However, why should the origin of life have been an equilibrium process? In all probability it wasn’t; the Hadean was one of the most disruptive times on our planet, seething with volcanism and bombarded with cosmic detritus from the formation of the planets. Once you start to imagine non-equilibrium scenarios, there’s a new argument that doesn’t depend on particular chemical reactions or targets at all.

It’s long been recognised that non-equilibrium systems have a tendency to evolve into ordered, structured states – dissipative structures, as Nobel laureate Ilya Prigogine called them – which arise by self-organisation. Living organisms are themselves self-organised non-equilibrium systems, which generate entropy, as Erwin Schrödinger pointed out in his 1944 book What is life?

Seven years ago, Harold Morowitz and Eric Smith, working at the Santa Fe Institute, US, argued that in a system far from chemical equilibrium, such as the early Earth, dissipative structures such as life-like entities are almost inevitable.6 They invoked a theorem by mathematical physicist Edwin Jaynes, which held that ordered systems are preferred in non-equilibrium environments because they are better at generating entropy, and so act rather like lightning conductors to dissipate the excess free energy.

That case has now been refined by Elan Stopnitzky and Susanne Still of the University of Hawaii, who draw on the latest understanding of non-equilibrium thermodynamics to show that in an out-of-equilibrium situation the chances of forming prebiotic molecules such as heavy amino acids and peptides can be boosted by many orders of magnitude, relative to an equilibrium situation.7 ‘The mere fact that prebiotic environments were not in thermodynamic equilibrium may help cross the barriers to the formation of life,’ they say.

Stopnitzky and Still estimate the average non-equilibrium distribution of products in their chosen reactions as a function of the distance from equilibrium. If this distance is not too large, states that are rare in equilibrium may become far less so, so that even seemingly improbable events – such as the formation of long-chain peptides – have a significantly greater chance of occurring. ‘If we knew exactly the details [of the environment],’ says Still, ‘then we could make more precise models and the probabilities may be much more favourable. But we will never have that information.’

All the same when looked at this way the rather violent early Earth, far from being an inclement place for life to begin, might be just what life needed.