Carmakers need to get on board for the electric revolution 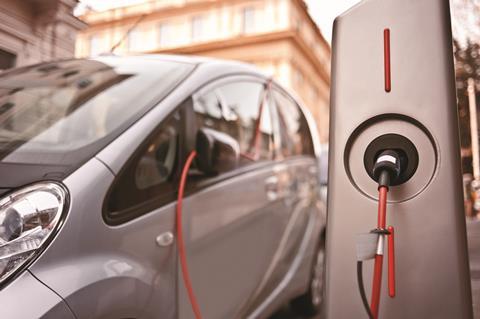 The winds of change are blowing through the automotive sector. After years of being laughed off as a joke, electric cars look to be on the cusp of making a major breakthrough. Sweden’s Volvo has become the first major carmaker dependent on the internal combustion engine to announce it is making the switch. By 2019 all cars that roll off its production line will either be hybrids or fully electric.

One swallow does not make a summer, but concerns over emissions and pollution have led other carmakers to consider their future carefully. Diesel looks to be first in the firing line. Tarred by the emissions cheating scandal, and nitrogen oxides and particulate problems some firms are looking to dump the fuel altogether and some cities are considering bans. France and now the UK today even want to ban both petrol and diesel car sales by 2040.

Currently, 14% of humanity’s greenhouse gases come from transport. Electric vehicles coupled with renewable energy offer a way to make significant savings. And the latest and most comprehensive assessment of energy storage technologies forecasts that automotive lithium–ion battery costs are set to tumble from about $400/kWh (£307/kWh) to $175/kWh by 2027. Electric carmaker Tesla’s market value has even overtaken Ford’s. With the world signed up to the Paris climate accords – sans the US – the stars are now aligning for the new car on the block.

Range anxiety does still remain a problem for electric vehicles. But new batteries can help to alleviate these fears and this is where chemists are playing their part. Improved electrodes and new technologies such as lithium–air and sodium batteries will one day offer faster charging times and greater ranges.

As has been the case lately, China is once again taking a global lead in clean tech. It has set a target of making a fifth of the cars sold by 2025 either electric or hybrid. China’s ambitious goals already have carmakers worried. Global carmakers have urged Beijing to set ‘less ambitious’ targets, fearing they may be shut out of the Chinese market if they can’t keep up. China’s carmakers don’t have decades of experience with the internal combustion engine but the simplicity of electric engines means that some observers believe they’ve leapfrogged their western counterparts.

Now is not the time to back away from change but to embrace it. Kodak famously invented the digital camera but didn’t capitalise on its discovery. The firm feared that going digital would destroy its film profits, but trying to turn back the innovation tide was never wise. All carmakers need to look to a low carbon future now. The internal combustion engine hasn’t quite had its day, but it’s about to face some charged up competition.