Raise a glass to the essential ingredient to life, of endless fascination to chemists 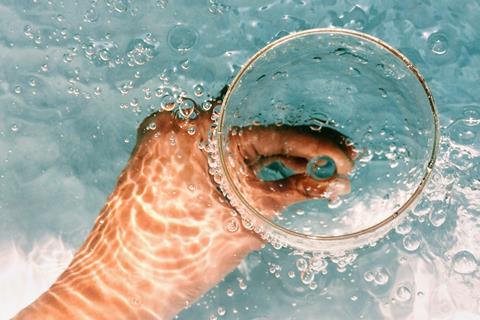 As a student, some of my friends knew that – after a couple of drinks (of some water diluted with something more organic) – they could inspire me to waffle on endlessly about how amazing water was. I think they thought it was funny: it’s just water, for goodness sake! But, I would reply, what about that heat capacity?! The fun was, as they say, endless.

To some extent, my friends were right: water’s ubiquity on Earth makes it the default liquid of our whole existence. How it behaves is how we expect every liquid to behave. But they do not. What other compounds form solids that float on their liquid selves?

Every living thing can thank water for those wonderful properties, because without them it’s impossible to imagine life on Earth. To pick just one example, without water to transport heat around the globe, what would our atmosphere, climate and weather be like? While we often curse the UK’s rainy climate, all that warm, moist air is responsible for us experiencing more benign temperatures than the extremes we should expect from our latitude.

It’s no surprise, therefore, that astronomers and space probes are continually on the hunt for water in other places in our solar system (and beyond), as it gives us the best clues as to where to search for life, however primitive.

Without water to transport heat around the globe, what would our weather be like?

Closer to home, a great many Earth-bound labs have spent a great many hours and years studying the properties of water, more so than any other compound in the vastness of chemical space. Partly of course this is due to its ubiquity – a great many synthetic chemists can attest to how difficult it is to exclude the stuff from their reaction vessels, after all. But more importantly it’s down to those properties.

Many of those properties can be explained thanks to the extensive hydrogen bonding between water molecules which, although constantly being broken and re-formed, are what keeps them glued together. But some of them involve an understanding deeper than this, as Rachel Brazil’s feature explains. I’ll leave you to read the feature itself, but the idea that water could consist of two different phases is being seriously considered and debated.

Hopefully chemists and non-chemists alike can enjoy the many forms and situations in which water can delight us, from the delicate brush of snowflakes to the tinkle of tea being poured. Just keep it out of those gloveboxes!