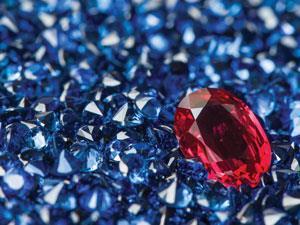 It’s a catalyst, an abrasive, a bright white pigment and the basis for beautiful gemstones - Neil Withers introduces Alumina

This week, simplicity at its best with a catalytic compound that’s also admired by many from afar.  Explaining more is Neil Withers…

Aluminium oxide, also known as alumina, is a pretty simple compound, just Al2O3. Although you might not realise, I bet you’ve probably used it and I think many of you have admired it at some point in your life.

Let’s start off with the uses before we get on to the admiration.

Alumina is produced from bauxite, the main aluminium ore, which is a mixture of different hydroxide minerals. The mineral is crushed and milled, treated with base, heated and filtered before the alumina is produced by heating to around a thousand degrees Celsius.

One of the waste products from this process – named after its inventor Carl Bayer – is the infamous ‘red mud’ that caused an environmental disaster in October 2010, when a million cubic metres of it were released in Hungary. The red mud itself contains iron oxides (hence the colour) as well as oxides of silicon, titanium and other metals. The main problem with the mud is its strongly alkaline nature, ranging from pH 10 to 13, and it was this that did the damage in the Hungarian spill.

Alumina is a bright white solid with a trigonal crystal structure, with oxygen atoms in a hexagonal-close-packed arrangement and the aluminium atoms occupying two-thirds of the octahedral holes.

Its bright whiteness is behind some of its uses, as a filler for plastics, in paint as a shiny pigment and to reflect sunlight in some sunscreens. 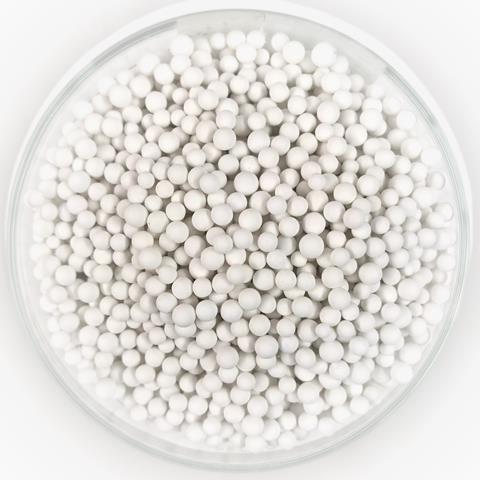 One of alumina’s other useful properties is its extreme hardness: it ranks below diamond, but not much else, on the Mohs scale. So if you’ve ever used sandpaper or a nail file, the chances are it had some alumina in the mix to help you with whatever abrasive task you were involved in.

More interesting from a chemical point of view is alumina’s power as a catalyst and a catalytic support. As a catalyst on its own, it can turn dangerous hydrogen sulfide gas into much safer pure sulfur in the Claus process. In a similar vein, as a catalyst support it helps out in the important reactions that remove sulfur from oil, helping to keep our fuel cleaner when we burn it.

So those are the everyday and dare I say it, boring, uses of alumina. Now on to the fun stuff!

The reason you might have admired some alumina is because corundum, its naturally occurring mineral form, occasionally forms rubies and sapphires. And they’re certainly worth admiring – or at least their prices are.

But if both rubies and sapphires are alumina, how come they’re such different colours? The answer, you’ll be glad to hear, is all down to chemistry. Both stones contain small impurities – without them, they’d be colourless and nowhere near as pretty. But the way the impurities work to give the colours is quite different. 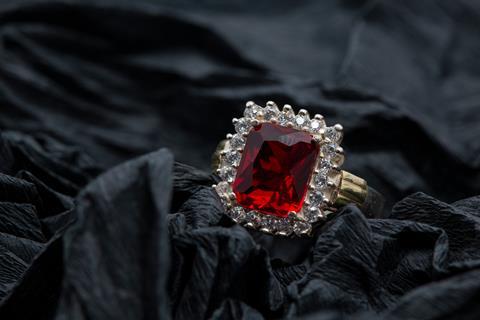 Rubies contain chromium as well as the aluminium ions. Both metals are comfortable in the 3+ oxidation state, so chromium fits quite happily into the octahedral space and bonds to six oxygen atoms. But chromium 3+ ions each have three extra valence electrons compared to aluminium, and in that octahedral bonding, they all end up unpaired – each solely occupies one of three orbitals a little bit lower in energy than two empty ones.

Sapphires, on the other hand, contain two impurities: iron and titanium. And unlike aluminium or chromium, they’re not in the 3+ oxidation state: the titanium is mostly in the 4+ state and some of the iron is 2+. But electrons can move from the 2+ iron to the 4+ titanium, which nicely balances the charge in the vicinity of each metal. The energy required to do this corresponds to yellow light, hence sapphires appear that wonderful deep blue. 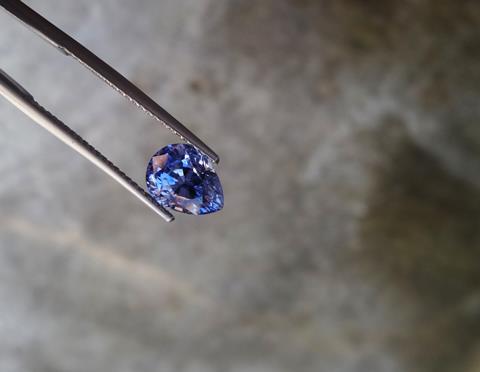 So in rubies, the colour is produced just by electrons moving within the same atom. In sapphires, electrons are moving between different atoms. And because the latter inter-atomic charge transfer gives a much stronger colour than the former intra-atomic transfer, sapphires only need a very small impurity level to give such deep colours. Sapphires contain only a thousandth of a percent of iron and titanium, whereas rubies need around 1% chromium.

And that’s the joy of chemistry – such tiny changes make a world of difference.

Chemistry World’s Neil Withers there with the many sides of aluminium oxide.  Next week, get ready to meet a celebrity…

As far as it is possible for an inanimate object to become a film star, VX has that sort of celebrity – or maybe infamy.

VX is what is generally known as a nerve agent. No one planned to make a nerve agent, the German chemist Gerhard Schrader was trying to make a synthetic insecticide that would be cheaper than nicotine. On December 23rd 1936, he obtained a clear, colourless liquid, which in even very dilute solution killed 100% of leaf lice on contact.

And you can discover how this deadly compound works by joining Simon Cotton in next week’s Chemistry in its Element.  Until then, thank you for listening, I’m Meera Senthilingam.