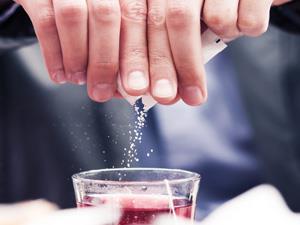 Could this be the sweetener that causes the most online panic?

This week, a compound eliciting extreme panic. But should it? Emma Stoye investigates.

Food additives will always be a touchy subject, but there are few that conjure up such fierce controversy as aspartame. A quick internet search throws up some unusual responses within the top 10 that seem to suggest more than just run-of-the-mill chemophobia: ‘Aspartame is by far the most dangerous substance on the market!’ insists one webpage; others promise ‘5 reasons aspartame is bad for you’; or ‘aspartame poisoning – the whole truth.’ Click on any one of these, and you’ll be bombarded with warnings of the perils of too much aspartame: brain tumours, multiple sclerosis, depression, Alzheimer’s, birth defects, impotence and infertility  – the list goes on and on. 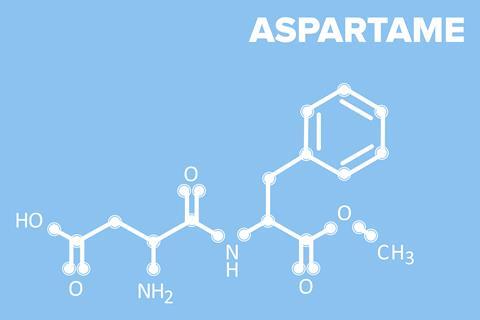 So what is aspartame and why the sense of extreme panic? In a nutshell aspartame is an artificial sweetener that is used as an alternative to sugar – a dipeptide protein with the formula C14H18N2O5 containing two amino acids – phenylalanine and aspartic acid. It is about 180 times sweeter than sugars like sucrose, so by using aspartame to sweeten something instead of sugar you can save about 99% of the calories.

Manufacturers have exploited this, and today aspartame is used in thousands of products, from diet drinks, coffee sweeteners and sugar free gum to vitamins, medicines and even things like toothpaste. It is one of the most common artificial sweeteners in use today, preferred to sweeteners like saccharin because it doesn’t leave a bitter aftertaste. Over 200 million people around the world consume aspartame without experiencing any negative side-effects.  So why all the fuss? For that we must take a look at the sweetener’s history.

Like many useful substances, aspartame was the result of an accidental discovery. In 1965, a chemist called Jim Schlatter at pharma company G. D. Searle (now part of Monsanto) was working on new treatments for gastric ulcers and synthesising tetrapeptide proteins – normally found in the stomach lining – to test them out. Aspartame, a dipeptide, happened to be one of the intermediate steps in the synthesis. The story goes that one day Schlatter licked his finger to pick up a piece of paper and noticed a sweet taste. At first he wondered if it could be the donut he had eaten earlier in the day, but remembered he had washed his hands since then. Eventually he worked out it was from the compound he was working on, and – confident the dipeptide was safe – he and his lab partner tested some out in their coffee. The bosses at G.D. Searle were swift to realise the commercial potential of this super sweet substance.

So far so good… but in terms of regulatory approval aspartame had a shaky start. In 1975 D. G. Searle’s studies on aspartame were investigated by the US Food and Drug Administration after issues with some of the company’s other products. Then in 1980 it was refused approval after an independent study on rats revealed a possible link with brain tumours. A year later this decision was overturned after further investigation found statistical flaws with the earlier work and numerous other studies suggested the sweetener was safe. But aspartame has never quite been able to shake off this early uncertainty.

Health scares mainly sparked by activists, and internet hoaxers jumping on the bandwagon, have forced regulators and public health bodies to reinvestigate aspartame’s safety again and again, which has made it one of the most highly tested food additives of all time, the subject of hundreds of studies. Investigations worldwide tend to reach the same conclusions – at normal levels of consumption aspartame doesn’t pose a threat to consumers’ health.

Some of the anti-aspartame camp point to its derivatives as a source of danger. In the body aspartame is broken down into both its constituent amino acids, as well as trace amounts of methanol. Much of the confusion comes from a lack of understanding about exposure – after all, methanol can be toxic if consumed even in small amounts. But the traces that come from the breakdown of aspartame, and other food sources, are relatively harmless. Methanol exposure from the aspartame within sugar free drinks, for example, is similar to the exposure from many fruit juices.

A recent assessment from the European Food Safety Authority concluded that the average woman would have to get through 15 cans (or nearly five litres) of diet soda to exceed the recommended safe limit of aspartame – hardly a regular occurrence.

Aspartame’s history means it will probably always be plagued by suspicion and controversy. But having been given the all-clear so many times, and with numerous benefits to diabetics and dieters alike, it looks like aspartame and other artificial sweeteners are here to stay.

Chemistry World’s Emma Stoye there, with the not-so-suspicious chemistry of aspartame. Next week, an important discovery.

Its synthesis was first published in 1912 by two chemists working at the Charles University in Prague. While no doubt pleased with their discovery they couldn’t have had a clue how important their work would become 40 years later.

Nina Notman unveils the mystery and explains just how important this was in next week’s Chemistry in its Element. Until then, thank you for listening, I’m Meera Senthilingam.